Between seven and 11 nations with large Muslim populations have laws providing for the death penalty for gay sex or otherwise allow such executions.


Many fewer countries actually impose the death sentence — by this blog’s count, probably four of them, which would expand to five if Brunei goes ahead with its plan to implement its law providing for executions for gay sex as well as for adultery.

Seven is the number of countries that definitely have laws providing the death penalty for gay sex or that otherwise allow such executions to occur. (Iran, Saudi Arabia, Iraq, Somali, Yemen, Sudan, and part of Nigeria)

The list grows to 11 countries if four nations are included where it’s theoretically possible to interpret the laws as allowing executions for gay sex. (Mauritania, Pakistan, Qatar and U.A.E.)

Iran is No. 2 in the world for frequency of executions of any kind, behind China. Those include executions for homosexual activity, although the facts are often unclear or misrepresented.(See, for example, “Bogus hanging in Iran, bogus tweets in Egypt” and “Series of public hangings in Iran, including 2 for sodomy.” When a man in Iran is hanged after being convicted of rape and sodomy, media coverage often wrongly describes the punishment as execution for homosexuality. )

Saudi Arabia is No. 3 among the world’s most avid executioners, with 90+ in 2014. At least in the past, beheadings were imposed for homosexual behavior, including three men in 2002. Imprisonment and lashings are a more common punishment for same-sex activity.

Erasing 76 Crimes report: A gay teenager was reportedly stoned to death in 2013, but those reports have not been verified.

ILGA report: A 2016 account about the central and southern portions of the country, controlled by the Islamist militant group Al-Shabaab: “ ‘Al-Shabaab’s beliefs stem from a Salafi-Wahhabi strand of Sunni Islam (an ultra conservative movement within Sunni Islam). They enforce a strict interpretation of Shariah law. Shariah law explicitly forbids homosexuality — the punishment for those “found guilty” is at a judge’s discretion, and may be punished by death.’ Writing in 2014, the Somali artist and writer Diriye Osman, now resident in the UK, says to come out in Somalia one must be prepared for, ‘…physical abuse, ceaseless harassment, imprisonment or death.’ Osman’s own family threatened him with violence upon learning that he is gay. In early 2017, it is reported that al Shabaab … murdered two individuals on account of their sexual orientation.” Erasing 76 Crimes comment: Those two killings are described as murders, but they might better be labeled as executions, since they were done by the group in charge in that region.

Nations with such laws on the books; no recent executions reported

Erasing 76 Crimes report: In Sudan, the death penalty is in frequent use, but there are no recent reports of executions for same-sex intimacy. In 2014, Sudan ranked at No. 6 worldwide in number of executions (23+) for various offenses, just below the United States, with 35, according to Amnesty International.

ILGA report: “2006. Sudan applies the death sentence for some consensual same-sex sexual activity, and as such, it is
virtually impossible for any SOGI-based group to even consider registering as a NGO.” No specific executions cited.

Erasing 76 Crimes report: Yemen is No. 7 in frequency of executions overall, but the death penalty apparently has not been imposed recently for homosexual activity. Researchers for Canada’s Immigration and Refugee Board reported more than 10 years ago, “Information on whether such sentences have been carried out was not found.” More recently an article on Yemen’s gay community in The Tower magazine stated, “Traditionally, that death penalty is not enforced, but citizens have been imprisoned for their sexual orientation.”

ILGA report: “2001. Although Article 58 of the Constitution asserts the rights on citizens to form associations, the criminal law confers the death penalty for male and female ‘homosexuality’ and life for sexual and gender minorities is extremely challenging.” No specific executions cited. Also, “The situation in Yemen has become progressively worse for sexual and gender minorities since the takeover of much of the country by the Houthi militia in 2013. An article from August 2015 goes into some detail on the environment for LGBT.” That article is from Erasing 76 Crimes: “Four murders of gay men in Yemen.”

A nation with such a law on the books in part of the country; no verified executions for homosexual activity

Erasing 76 Crimes report: The BBC reported in 2007, “More than a dozen Nigerian Muslims have been sentenced to death by stoning and for sexual offences ranging from adultery and homosexuality. But none of these death sentences has actually been carried out as they were either thrown out on appeal or commuted to prison terms as a result of pressure from human rights groups.”

A nation that is about to have such a law on the books; no executions reported

1. Brunei Darussalam This is the description of Brunei in ILGA’s 2017 report:

“Since 2014, Brunei Darussalam has been phasing in its Syariah Penal Code Order (SPC Order 2013), despite learned critiques of its human rights deficits. The second and third phases of it were due to be in place in 2015 and 2016 (at which point the death penalty for consensual same-sex sexual behaviour was due to apply – for both men and women).

To date, it appears that Brunei has not produced its procedural code, without which it cannot proceed to the second and third phases. It is also the case that the last execution by the State in Brunei was in 1957. However, Human Rights Watch warn that the current Sultan is particularly ardent.”

As of early 2019, there were no reports that the full Syariah Penal Code Order had been implemented.

According to news reports, Brunei is preparing to adopt the Syariah law providing the death penalty for consensual same-sex intimacy, effective in April 2019.

NO EXECUTIONS; HARSH SHARIA PENALTY NOT IN EFFECT

The ILGA report of 2017 summarizes: “it would be valid to say that the death penalty is ‘allowed’, or evidence of its existence, occurs [because of] its potential application by Shari’a courts in Pakistan, Afghanistan, the United Arab Emirates, Qatar and Mauritania, … [but] these States have less severe penalties encoded in their penal laws, and there appears to be no data to suggest the death penalty has been implemented in those States for consensual same-sex sexual acts between adults and in private.” A U.S. Department of State cable from 2009, released by WikiLeaks in 2011, indicated that Mauritania has never imposed the death penalty for homosexual activity or any other crime.

The ILGA report of 2019 states: “A new Penal Code came into force on 14 February 2018. … it explicitly criminalises same-sex sexual conduct though the punishment [previously, the death penalty] has been reduced. .. all sexual contact outside marriage was punishable with a
maximum of the death penalty and a high-profile Islamic scholar [had] claimed that ‘there was broad consensus amongst scholars that execution was the appropriate punishment if homosexual acts could be proven’.”

This article was revised Feb. 13, 2019, to remove Daesh/the Islamic State / ISIS / ISIL from the list. At its height, ISIS repeatedly executed men accused of homosexuality. For example, from 2015: ‘Islamic State’ has reported 15 LGBTI executions. After years of armed struggle, ISIS remains an international pariah, but no longer deserves to be considered a de facto nation. 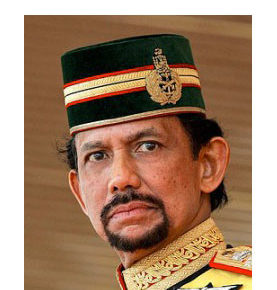 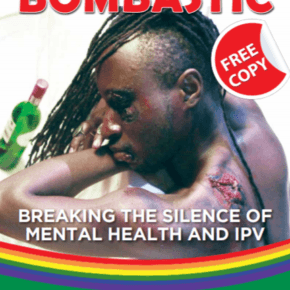