Liz, age 35, is under pressure from her family to get married. As a lesbian, that’s a problem for her in a country that threatens 14 years in prison for anyone who marries a person of the same sex. But she has a plan for getting by in the harshly homophobic environment of Nigeria.

For this article, Liz has not used her real name so her family won’t know.

In Nigeria, many LGBTIQ persons grow anxious as they get older and confront pressures from their families and society to get married.

They can’t simply marry the people they love because Nigeria’s anti-gay law outlaws same-sex marriage. They’re deprived of the basic human right to live their lives with their loved ones.

That’s the predicament Liz described when she chatted recently with the LGBTI advocacy website NoStringsNG:

“My family, especially my mother, has been on my neck to bring a man home for marriage. It is just too much to deal with. In fact, it was too much that I had to move from Lagos to Abuja where I had hoped to get some peace of mind.”

“I have decided to marry a gay man.”

She has a particular gay man in mind, but they haven’t reached a firm decision to tie the knot.

Prior to making her decision, Liz planned to leave the country and go to the West, where she could be herself. But she has given up that hope because of financial constraints.

“I wanted to leave Nigeria a few years ago. I looked for the opportunity to move out, but found none. I am now hoping to settle here and find a solution to my situation.”

So far, Liz says, she has succeeded in hiding her sexual orientation from her family. She said:

“There was a time when my sister caught me discussing my girlfriend, so she went to my parents to expose my sexual orientation. But I denied it. My girlfriend and I were forced to swear on the Bible that I am not a lesbian”.

Liz knows that the solution she has chosen will still leave some of her problems unsolved. She said:

“I really do not know how that is going to work, especially as I will also need children, but I really have to try.” 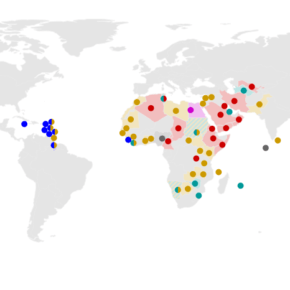