Gay rights activists in northern Cameroon are again preparing to visit victims of homophobia with food donated by generous readers of this blog. What the activists don’t yet have to deliver: Messages of encouragement.

In the comments section please add any uplifting message you have for these three gay Muslim prisoners, who are isolated from the conservative majority-Muslim society around them. Your messages will be translated into French and sent to the activists at the AJSG advocacy group in Garoua, Cameroon, who will deliver them along with the food.

Messages like that are the reason this initiative is called the Not Alone / Pas Seul project.

More financial support is also still needed, because the project is still short of the amount needed to pay for deliveries beyond March to the prisoners, who otherwise must get by with only one small meal a day. Please consider supporting this project with a small recurring U.S. tax-deductible donation each month.

The sentences of two of the three prisoners — Ibrahim and Abdoulaziz — extend for years; the sentence of Ismael will end in August.

Several donors have signed up to make modest recurring monthly gifts. That is the most reliable way to assure ongoing deliveries. To make recurring U.S. tax-deductible donations, go to the project’s account at DonorBox. (You can stop those payments at any point.)

After their first prison visits in January, the AJSG activists reported that the prisoners were encouraged by the show of support, but were definitely suffering:

REPORT ON TWO VISITS TO PRISONS NEAR GAROUA

Following receipt of funding from [St. Paul’s Foundation and its affiliated blog,] 76crimes, Association Jeunes Solidaires de Garoua made 2 visits, one to Guider Prison and the other to Tcholliré Prison.

These visits were made by M and A [AJSG activists].

For Guider’s two prisoners, Ibrahim and Abdoulaziz, they are doing well on the health side and have a strong enough morale to face their difficult circumstances.

The visit took place in a small corner of the prison away from the eyes of other prisoners.

When we arrived, they were delighted and told us that this was the first visit in the years that they have been in prison, apart from AJSG and friends who often came to see them. [Since 2015, when each man was sentenced to six years.]

This visit was a chance for them to know that people in the world are thinking of them and that people are helping them without judging them.

They say that the majority of their time is devoted to watching television in their room because, to survive in prison, they must avoid thinking about their problems and above all be humble. It is by this behavior that they can make certain friends, such as non-Muslim prisoners who understand them and accept them despite the reason for their imprisonment.

Prayer is the key to peace in prison because only Allah can protect us so we pray constantly when the opportunity arises.In reality, they often think about their eventual release from prison and the challenges that will await them outside. What will they do with their lives?

They say that the food in prison is rice mixed with corn. It is cooked inadequately, so it makes them sick. But they eat it because they really do not have a choice.The two prisoners received: 2 pairs of slippers, 2 bags of rice, soap and detergent, peanuts, toilet paper, cooking oil, olive oil, pasta, salt, tomato, and flavoring cubes.

At the end of the visit, the two prisoners were sad to part with us. They thanked all donors and especially 76crimes.

On the 9th of January we went to Tcholliré Prison to visit Ismael. [He was arrested on homosexuality charges in June 2016. As of Feb. 1, 2019, he has served 2 years, 6 months of a three-year sentence. He is scheduled to be released in August.]

We had great trouble entering the prison because of their internal procedures. After paying a small bribe to a guard, we were allowed in at around 3 p.m.

For Ismael, we brought with us 1 pair of slippers, 1 bag of rice, 5 bars of soaps, detergent, peanuts, 5 rolls of toilet paper, 1 can of cooking oil, olive oil, 5 packets of pasta, salt, tomatoes, and flavoring cubes.

After waiting for a while, we were told that Ismael was sick and in the infirmary. We briefly met with him there. Ismael explained that he suffers from severe migraines because of his poor eyes. The doctor at the infirmary advised him to see an ophthalmologist for examinations that would cost 47,000 CFA francs ($82).  He does not have the money for those exams so he does not get treatment. Then he should also buy prescription glasses. He would not know the price of them until after the examinations to determine what type of glasses he would need.

[After learning about Ismael’s situation, a supporter in the United States donated money for an eye exam and glasses for him.]

Our conversation did not last long because of his health. We left his food and hygiene supplies with him at the infirmary.

Sadly he said good-bye and thanked us for our gesture of support.

Earlier articles about the Pas Seul / Not Alone project in northern Cameroon:

Article about the previous project in Yaoundé: 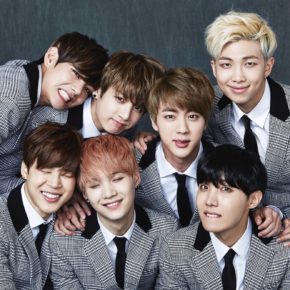