Ten religious groups have legal standing to oppose a challenge to Jamaica’s anti-sodomy law, but the official Jamaican human rights watchdog does not, a Jamaican court ruled today.


In response to the court ruling, the Canadian HIV/AIDS Legal Network issued the following press release. Jamaican-Canadian LGBT rights activist-attorney, who filed the lawsuit, is the network’s senior policy analyst.

Jamaican Court of Appeal gives human rights a back seat

After a nearly two-year delay, the constitutional challenge to Jamaica’s anti-sodomy law looks set to finally restart. The case was effectively suspended while the Jamaican Supreme Court waited for the Court of Appeal to decide whether the Public Defender could join the matter as an interested party.

In a heavily criticized decision, a judge of the Supreme Court had ruled that ten religious groups had standing as interested parties to oppose this case, while the country’s Public Defender, whose statutory job it is to support the human rights of citizens, was denied.

Today, in a very disappointing decision, the Court of Appeal ruled against the Public Defender, so now the claimant, Maurice Tomlinson, is left alone to fight this case against the government and the religious groups.

In the time that the Court of Appeal has taken to resolve this issue, courts in three other Commonwealth countries (Belize, Trinidad and Tobago, and India) have all struck down similar British colonially imposed anti-sodomy laws. The judges in those cases highlighted the serious human rights abuses caused by these laws, such as homophobic violence, the ongoing invasion of privacy of LGBTQ citizens, and the public health crisis caused by men who have sex with men (MSM) being driven away from effective HIV interventions.

These facts are even more urgent in Jamaica where there are almost weekly reports of attacks by state and private individuals against LGBTQ people; the country also currently has the highest HIV prevalence among MSM in the Western Hemisphere, if not the world (33 per cent).

In light of this urgent situation, the Supreme Court must schedule a case management conference soon to lay out a timeline and process for getting to a hearing on the merits of the constitutional challenge. It is past time that Jamaica consigns this archaic law to the dustbin of history and ends the suffering of its citizens. 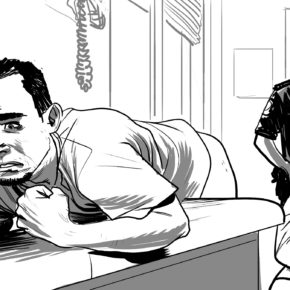