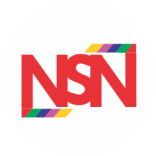 Mike Daemon is the pseudonym of the founder and presenter…

A Muslim human rights activist at a Nigerian trans advocacy organization has been found murdered and buried in a shallow grave in his dirt-floored home in Abuja, Nigeria.

Human rights activists working on the case reported that the  decomposing body of Bamanga Rabiu, popularly known as Rabina, was found in a shallow grave in his small room, with some parts of his body covered by a mattress.

The time of his death has not yet been determined. The body reportedly was found by someone who is now in custody during the police investigation.

Other activists say that it is unclear why anyone would want to murder Rabiu, because he was a lovable person with a charming personality. Given the manner at which he was killed and buried, they are now leaning toward believing that his death was a hate crime.

Speaking to NoStringsNG, an activist working on the case said:

“There are so many questions surrounding his death, especially how he was killed and hurriedly buried in a shallow grave in his room.”

Rabiu reportedly had worked as a peer educator for the International Centre for Advocacy on Rights to Health (ICARH). Later he later joined Trans and Intersex People (TIP) for Human Rights in Nigeria (THRIN).

Both organizations are based in Abuja.

“LGBT people have the right to be on screen,” Nollywood actor says