A campaign to reduce anti-gay and anti-HIV+ stigma in West Africa, an Inter-American case against Jamaica’s sodomy law, a Russian/Norwegian Pride celebration — see coverage of those topics and more below.

From the UNAIDS Equal Eyes recap of the world’s LGBT news:

In Norway, around 300 people gathered for the second ever Barents Pride held in a small town near the Russian-Norwegian border. Unlike most Pride events around the world, many participants of Barents Pride wear “No Photo” stickers because they have travelled from Russia and fear being “lit up”, meaning they are identified at home. Journalist Richard Bakker talked to participants, including those who’ve been granted asylum in Norway, about why they come despite their fears.


The Liberia Anti-AIDS Media Network has launched a campaign to reduce social stigma and discrimination against people living with HIV, sexual minorities, and transgender people. Liberia criminalizes consensual sexual relations between same-sex people with up to a year imprisonment.


The Inter-American Commission on Human Rights (IACHR) announced it will review Jamaica’s laws that criminalize same-sex sexual activityw with up to life imprisonment.  The plaintiffs, Gareth Henry and Simone Edwards, a gay man and lesbian woman, submitted the case six years ago after fleeing the country. Henry has since been granted asylum in Canada and Edwards found asylum in the Netherlands. Read more via Caribbean 360

“Everyone accused me of being gay and said that people like me should be killed. They put a plastic bag on my head when they took me out of the cell. They wrapped my head with Scotch tape, leaving only a slot to breathe through. They beat my legs and arms.” That is Maksim Lapunov’s description of his captivity in Chechnya during that Russian republic’s 2017 purge.

Journalist Carl Schreck investigated the lack of progress made in holding Chechnya accountable for the purge perpetrated on suspected gay men last year. The LGBT-Network says 130 sexual minorities have been evacuated from Chechnya. And Maksim Lapunov, the only victim to come forward on the record, filed a detailed formal complaint. However, investigators have declined to open a criminal case. 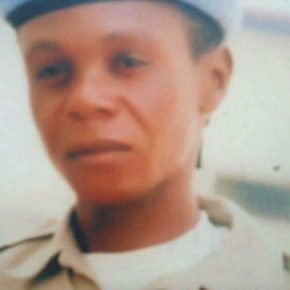