Despite opposition from homophobic Ugandan politicians, anti-AIDS activists are still making plans to hold a conference about how to combat the epidemic among LGBT Ugandans and other at-risk populations.

The Conference on Key and Priority Populations in Uganda had been scheduled for May 9-10, but was delayed in the face of opposition from government officials, including Dr. Jane Aceng, minister of health, and Simon Lokodo, minister of ethics.

Conference organizers are now urging speakers and exhibitors to use the extra time to fine-tune their presentations.

The theme of the conference is “Ending AIDS without exclusion.” It is aimed at improving treatment and other HIV-related services for Ugandans who are most at risk of contracting HIV infections, including sexual minorities, sex workers, drug users and fishing communities. Those people, referred to as “key populations” (KPs) or “key and priority populations,” are represented by the Most At-Risk Populations Network (MARPS Network), which has been helping to plan the conference.

The delay was announced this week by Dr. Nelson Musoba, director general of the Uganda AIDS Commission in the face of several officials’ opposition.

The most outspoken among them was longtime anti-gay former preacher Lokodo, who objected to having people whom he considers immoral participating in planning an anti-AIDS conference. He claimed that the goal of the conference is to promote “homosexuality and other dirty things.”

According to the Ugandan Daily Monitor, Lokodo said:

“My duty is to stop anything that will position the moral fabric of Ugandans. I realized that there was something dirty when I saw leaders of the conference like Nicholas Opiyo of [the human rights-focused] organization known as Chapter 4 and Frank Mugisha of Sexual Minorities Uganda (SMUG),” Mr Lokodo said, adding that the two are people of high declared position in support of homosexuality.

But Musoga gave a different explanation for the delay in the conference. Contacted by the Daily Monitor, he stated that:

The AIDS Commission had just postponed the conference to widen its scope.

“I am the one who has written postponing the conference because we want to increase its scope and make it better. It is only focusing on prevention but we want to include bio-medical interventions like elimination-of-mother-to-child transmission (EMTCT),” Dr Musoba said.

Dr Musoba said that Fr Lokodo had contacted him raising a complaint about the Most-at-Risk Populations, who are the major drivers of the HIV/AIDS epidemic.

“The minister had information on a list of organizations not among those we were are working with. I will meet him again to help him understand the purpose of the workshop,” he said.

The MARPs Network issued this press release about ongoing preparations for the conference:

On Thursday 3rd May 2018, leaders of key and priority population civil society organizations (KP CSOs) and MARPs Network Limited (MNL) met with the Director General of Uganda AIDS Commission (UAC) Dr Nelson Musoba. The purpose of the meeting was firstly to ascertain the reasons for the suspension of the First Annual Conference on Key and Priority Populations in Uganda, co-hosted by UAC and MNL, and secondly to forge a way forward with the aim of lifting the suspension. The meeting achieved both objectives.

The meeting agreed to take the following actions:

In the meantime, MNL will continue to work with UAC in preparation for the conference and to ensure that the event is representative of how far Uganda has moved towards ‘Ending AIDS without Exclusion’. Additionally, we call upon implementers i.e. service providers, exhibitors and presenters to use this time to fine-tune their presentations as guided by the abstract committee comments.

The success of this historical conference will only be made possible with support from all HIV stakeholders including government and non-government actors. As such moving forward, from this conference and beyond in all of our KP/PP work, we should nurture strong alliances between these key actors in order to achieve the synergy that will propel us towards the 90-90-90 goals.

Lastly, we encourage our partners in the diplomatic core, development partners, CSO fraternity, KP/PP community, and other well-wishers to remain calm and await our communication on the next steps/way forward on 14th May 2018.

Together everyone achieves more.
Related articles: 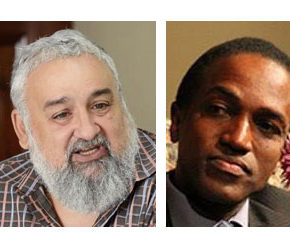