By Kikonyogo Kivumbi and Colin Stewart

Human rights defenders in Uganda have reacted with dismay to statistics in a new government report indicating that HIV/AIDS infections in Uganda are rising.

HIV cases continued to increase, escalating from 1.4 million people infected in 2013 to 1.5 million in 2015, according to the Uganda HIV and AIDS Country Progress Report.  The report by the Uganda AIDS Commission was obtained by activists. It focuses on the period from July 2015 to June 2016, assessing the first year of implementation of Uganda’s National HIV/AIDS Strategic Pan (NSP),.

Bob Bwana, an LGBTI activist, said the report is “discomforting,” especially because Uganda’s key populations already bear such a heavy burden of HIV/AIDS.

Other activists said they welcome the report as a tool for continued advocacy to implement measures to scale down the pandemic.

Happy Margaret, an HIV positive activist, said the report provides the latest information for use when demanding wider and universal access to care, treatment and support.

Ugandan lesbians, gays, bisexuals and intersex persons face exceptionally high levels of HIV infection because Ugandan society and institutions frequently deny them their economic, social, and cultural rights and exclude them from access to public health care, treatment and support.

A recent study showed that HIV prevalence among men who have sex with men (MSM) in Kampala is 13 percent, more than three times the average prevalence among heterosexual men in Kampala (4.1 percent) and about twice as high as the national average of 7.3 percent. Because of intolerance, discrimination, fear and lack of prioritization of LGBTI health needs, HIV prevention and treatment services in these communities are almost non-existent.

Some efforts are under way to ensure health care access for LGBTI and other key populations in Uganda, but they still face strong opposition from religious and institutionalized discrimination.  For example, such opposition has stymied several activities supported by the current Global Fund interventions grant for Uganda. Purchases of condom-compatible lubricants have stalled. With just a few months left before the grant expires, those necessary supplies have not been imported. This intentional lack of will to help vulnerable communities endangers not only them, but also the Ugandan population at large.

Similarly, work has stalled on analyses of the size of Uganda’s key populations, which is a necessary step toward providing improved treatment and prevention of HIV/AIDS and other sexually transmitted infections.

The increased HIV prevalence among members of Uganda’s LGBTI community has to be placed into context: Uganda is consistently pursuing aggressive, dangerous and discriminatory HIV/AIDS laws against LGBTI people. Those include the recent HIV/AIDS Prevention and Control Act of 2015, which requires disclosure of HIV status and declares the spread of HIV infection a crime, and the Non-Governmental Organizations Act of 2015, which limits civil society organizations’ work in reaching out with health services for criminalized groups.

In Uganda, AIDS was first identified in 1982 in a fishing village on the western shores of Lake Victoria. Since then, the epidemic has had a devastating effect on the demographic, economic and governance structures of the country. By the late 1980s, the country was experiencing a full-blown epidemic, the virulence of which was exacerbated by social dislocation and insecurity related to economic crisis and war. By 1997, the health system was strained to the breaking point in a country where the per capita health expenditure at its best was under $37. Patients with HIV/AIDS-related illnesses occupied more than 55 percent of the hospital beds, and by 2000 the occupancy rate had increased to 70 percent.

In 1998, an estimated 1.9 million people were living with HIV/AIDS. AIDS had overtaken malaria as a leading cause of death among people aged 12–49 years and was responsible for 12 percent of all deaths. More than 800,000 people in Uganda had lost their lives to the HIV/AIDS epidemic, leaving behind an estimated two million orphans who had lost one or both parents. Extended family systems were hard-pressed to care for this vast number of uprooted children.

As the epidemic continued to spread and intensify in Africa and other areas of the world in the early and mid-1990s, prevalence rates in Uganda were reported to be declining, especially starting around 1993. International and bilateral aid agencies that provide large sums of money for HIV prevention used Uganda as an example to argue that, with sufficient resources and appropriate prevention messages, HIV/AIDS could be controlled. The international community focused on two elements of Uganda’s strategy: (1) the important role of the political leadership in speaking publicly about the epidemic at an early stage; and (2) the government’s assumed use of the approach of Abstinence, Being faithful and Condom use (ABC) as a combination that reduced HIV prevalence. Once Uganda’s success story was told, along with those of Thailand and Senegal, the raison d’être for scaled-up global funding for HIV/AIDS programmes was set.

Previously, Uganda had been making progress in its fight against AIDS, but a  cocktail of toxic laws threatens the minimal gains Uganda had registered in managing the pandemic.

Neighboring countries have sought out vulnerable populations with services and support and are reporting declining rates of new HIV infections. By contrast, Uganda’s HIV prevalence is rising. The harmful legal and policy environment is a contributing factor to this weaker HIV response. That has placed Uganda  in the small minority of countries with generalized, mature HIV epidemics that are reporting rising HIV prevalence (total number of HIV-infected people) and incidence (number of newly HIV-infected people).

In Uganda, prevalence in the general population has risen from 6.4 percent to 7.3 percent between 2006 and 2012. Incidence in some vulnerable populations is also estimated by Ministry of Health to have increased between 2005 and 2011. Uganda’s rising HIV rates contrast with those in almost all the other nations in the “Focus Country” group targeted by the U.S. President’s Emergency Plan for AIDS  (Pepfar). Most other Pepfar focus countries have consistently reported declines in incidence as well as prevalence in recent years.

This tragic rebound of HIV has been caused by many factors:

• Uganda’s prevention funding is not accurately targeted at what is driving the epidemic, according to Uganda’s 2011 National Prevention Strategy. Not enough money is invested in effective, evidence-based HIV prevention among vulnerable populations such a sex workers and men who have sex with men. In addition, Uganda’s political and legal environment has hampered efforts of positive health, dignity and prevention programs.  A crucial factor was the now annulled Anti-Homosexuality Act, which sought further exclusion of  vulnerable populations and promoted intolerance and hatred.

• Rates of condom use in Uganda have declined sharply between 2005 and 2011. Among women and men, reported condom use during sex declined during that period from 47 percent to 29 percent, as reported by women, and from 53 percent to 38 percent, as reported by men.  Necessary LGBT safer-sex supplies such as lubricants are now taken as tools of homosexuality, which can be used as evidence against people who are charged in court on the basis of their actual or alleged sexual orientation.

• Uganda also spends more on “Abstinence and Being faithful” (AB) programming than other countries in the region that have declining incidence. There is no evidence that these programs have had success in actually reducing the spread of HIV and increasing protection among communities at risk of infection. 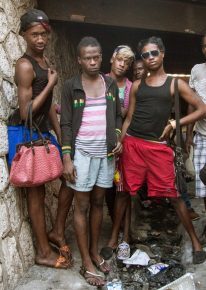 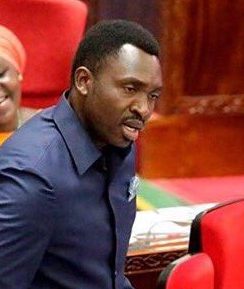