There is abundant research on the multiple forms of oppression that queer/LGBTIA+ people suffer from straight society. It’s time to acknowledge the oppression experienced within the movement itself.

We are brilliant at survival, but brutal at it. – Adrienne Maree Brown

The perils of purposeful ignorance: Violence in queer organizing spaces

After a generation of struggle, African LGBTQIA+ activists have forged a sophisticated continent-wide movement that has begun to show results. In every region of Africa we are starting to see some of our visions and dreams materialize.

But at what cost? We are creating change in an atmosphere of often vicious infighting and the casualties – in the form of burnt-out, battered and disillusioned activists and alienated grassroots communities – are mounting.

What future are we building for ourselves?

In 2016, in Where do we go from here? A call for critical reflection on queer/LGBTIA+ activism in Africa, an essay co-authored with Liesl Theron, founder of GenderDynamix, and University of Botswana queer theorist John McAllister, we explored the “malaise” in current queer/LGBTIA+ organizing and called for more discussion of it. We are now putting together a book of essays by leading activists and theorists on various aspects of the malaise. But I want to focus here on an issue that has been almost taboo to raise publicly, although it is widely acknowledged by activists in private.

Recently, after a meeting, a prominent African lesbian activist jokingly compared our activism to cannibalism. I was shocked – not by the comparison – but because she said this with a shrug, as if we must accept exploitation, abuse and violence as part of the movement. Her rationale was that the marginalized “always” tend to turn the oppression they experience back against their own people.

This comment got me thinking more deeply about oppression within queer organizing spaces, about the silence that shrouds it, the whispers and evasions we use when we do mention it, and the acceptance of it our silence implies.

There is abundant research on the multiple forms of oppression that queer/LGBTIA+ people suffer from straight society. It’s time to acknowledge the oppression we also experience in the movement itself. This also takes many different forms. One is the violence of homo-patriarchy in queer movements, which is finally beginning to get some attention and pushback, especially from an emerging new wave of African feminist and trans theorists.

In this article, I want to focus on queer womxn’s organizing spaces, where internal oppression is just as widespread and serious but even less talked about. This violence [1] takes three main forms: self-interest and careerism, factionalism and infighting and sexual harassment and predation.

It matters who leads us: Self-interest and careerism

In Africa, the development sector has become a leading provider of formal employment. In many countries it rivals or exceeds the formal private sector, and as governments downsize under the pressures of neoliberalism, development organizations are increasingly taking their place as employers of choice.

In such a context, activism often takes a backseat to personal ambition. Everyone doing development work knows the drill. Someone attends a workshop or conference, sees a funding opportunity, and immediately launches a new “initiative.” Activism is conflated with forming a new organization or devising an “innovative” project, with success measured in operating grants, international trips, and per diems rather than impacts on the community.

No wonder others then jump on the bandwagon to get their share of “our money.” No one seems concerned with where the money is coming from, how much work it takes to raise it, and whether it is being used to benefit the community as a whole.

A few weeks ago, a lesbian organization brought activists from West Africa and Cameroon for a strategic meeting in Dakar. On the second day, the participants organized a coup. They refused to participate unless they were paid a per diem. For the sake of CFA 5,000 (about $8), they suddenly forgot about serving the community. Some even wrote to the funder denouncing “embezzlement” by the organizers, not knowing it was the funder who had removed per diems from the budget in the first place.

Most of those in the front line of queer activism are from economically disadvantaged backgrounds. Many take incredible risks to bring about change in their communities, but the growing sense of entitlement to financial incentives is destroying our ethos of service.

Factionalism and infighting: Rivalry rather than mutual support

Perhaps because we are so focused on money, we uncritically accept the false notion of scarcity of resources and routinely turn on one another to compete for funding. Board members and staff turn against directors who in turn act like dictators to protect their privileges. We see colleagues as obstacles to be pushed aside or commodities to use and discard. Trust and solidarity are illusions; envy and jealousy hold sway.

Lately, I have been deeply unsettled by the level of viciousness taking hold in the queer womxn-led Francophone movement, which is barely five years old. In 2010, I founded the Queer African Youth Network (QAYN) to support the emergence of queer womxn- led activism in Francophone West Africa and Cameroon. In 2012, we organized our first Activist School with Isis International and struggled to find eight leaders of queer womxn-led groups to attend. Four years later, in 2016, we had the opposite problem: how to keep the number down to the 33 we could accommodate.

In those four years, QAYN worked tirelessly to nurture a queer, feminist-led movement in our region. Inevitably, we made a lot of mistakes, but one of the biggest was underestimating the damage that capitalist thinking and colonialized minds had done to our communities. Racism and misogyny are well-documented in social justice movements, but we have yet to acknowledge them in our African LGBTQIA+ movement. Socialized to equate whiteness with progress, competence and fairness, we enable the white savior syndrome without even realizing we are doing so.

So when the nascent Francophone queer womxn’s movement began to attract outside interest, international organizations found willing pawns for their divide and conquer tactics within the movement. Members swiftly turned against QAYN and each other. Years of work building a network based on mutual support as the heart of our practice was undermined the moment per diems, salaries, trips and other perks replaced community service as the main interest of many activists.

On our new social media battlegrounds, activists routinely tear each other apart and destroy reputations – rumors about financial mismanagement are favored – to make sure rivals are sidelined, the more publicly the better. The casualness with which activists inflict pain on colleagues and use bullying and intimidation to control their organizations is jarring. How can we tolerate behavior from our leaders that so directly contradicts what we claim to be about?

Critical self-examination has not been part of our praxis. We have yet to acknowledge, let alone address, our contradictions, in particular, our internalized hetero-patriarchal norms. Toxic masculinity pervades our communities, including our organizing spaces

At workshops, conferences and other spaces where activists gather, the performance of gender tends to be exaggerated due to covert or overt peer pressure to fit in. As a result, predatory behaviors are also heightened, and organizing forums become, in effect, cruising spaces. The objectification of womxn’s bodies, sexual harassment, emotional blackmail, and intimate and other forms of violence proliferate but are rarely acknowledged.

In the larger community, queer individuals and communities, particularly queer womxn and gender non-confirming and trans* persons, experience daily oppression and injustice. Most activists are well aware that our own communities urgently need to heal themselves, yet we have failed to make self-healing part of our struggle.

Activists have a lot to deal with – funding shortfalls, unsustainable organizing practices, resentful or apathetic communities, hostile legal environments, state harassment, and more – and often bring great leadership and bravery into the struggle. We also bring painful personal baggage whose destructive effects we are discouraged from acknowledging. We relate to one another from a place of pain and need and then reproduce this gender oppression and sexual violence in our own communities.

Many of us are survivors of heterosexual violence, yet we espouse the notion that unwanted sexual advances from the same sex do not constitute violence. We prefer not to see same-sex violence as a problem, either because we conflate promiscuity with freedom and the expression of our rights or see it simply as part of the price we pay for belonging in the community.

African LGBTQIA+ activism and movements have come a long way. The mere existence of queer movements is an incredible achievement in itself considering the entrenched structural and institutional forces that push against our existence and visibility. However, we have reached a crossroad and urgently need to turn our critical analysis inward.

What future are we building for ourselves? At the heart of this question is another: how do we embody our solutions? To grapple with these questions, we must learn to release oppression from our individual and collective selves so that we can construct patterns of interaction that acknowledge each other’s humanity.

[1] Defined broadly to include psychological, social and verbal violence as well as physical violence.

This article originally appeared in Pambazuka.

The author of this article, Mariam Armisen, is a Pan-African feminist activist, social researcher and independent advisor and consultant, with a particular interest on social transformation, knowledge creation, the independence and capacity building of grassroots citizen groups. She is the Founder of QAYN, Kan-Tigui and co- founder of Q-zine.

Two version of the earlier article:

Admitting the flaws of LGBTI activism; seeking solutions (May 2016, 76crimes.com)


Where do we go from here? A call for critical reflection on queer/LGBTIA+ activism in Africa (May 2016, Pambazuka News) 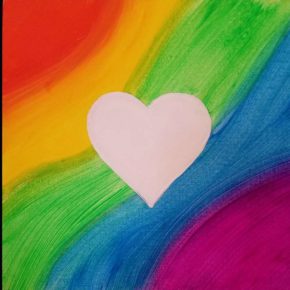 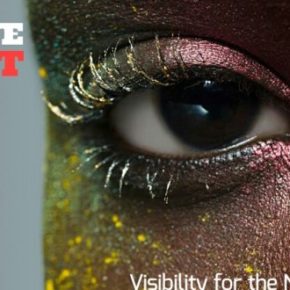