The Gambia yesterday rejoined the Commonwealth, almost five years after leaving the organization of countries that formerly were British colonies.

The Gambia recently elected a new president, Adama Barrow, who is less homophobic than his predecessor, Yahya Jammeh, but it has not repealed its anti-LGBT law.

“When The Gambia left in 2013, the heads of government expressed their regret in its leaving the Commonwealth family. We’ve looked forward to The Gambia’s return and were delighted when, after his election victory in December 2016, President Barrow pledged to return. The Gambia’s application to rejoin has been unanimously accepted by all 52 member states, who welcome back their brothers and sisters to again play their full part in the Commonwealth family.”

Speaking about his country’s return, High Commissioner Francis Blain said, “The Gambia looks forward to being able both to contribute to and benefit from the collective wisdom of the Commonwealth family of countries.”

But , and to playing an active role in supporting the work of the Commonwealth Secretariat and the many other organisations and initiatives that flourish as expressions of Commonwealth connection.””

But U.K.-based African LGBTI rights advocate Edwin Sesange says there’s a downside of the return of the Gambia. He commented:

“This is good news  for the people of The Gambia and Commonwealth, especially after the departure of the one of the most despotic and anti-LGBTI leaders in the world Mr Yayhah Jammeh. There is so much The Gambia can offer to the rest of the Commonwealth members at the same time benefit from the Commonwealth.

“However this makes the number of countries that criminalise homosexuality in the Commonwealth to increase from 36 to 37. The Commonwealth charter 2013 calls for non-discrimination against people, including  LGBTI people. Therefore it is hypocritical to admit countries which discriminate against LGBTI people.
“Therefore I call upon the new leadership of The Gambia to get rid of the colonial sodomy laws handed down by Britain and make clear commitments to non-discrimination, respecting and protecting all Gambians, including LGBTI people.” 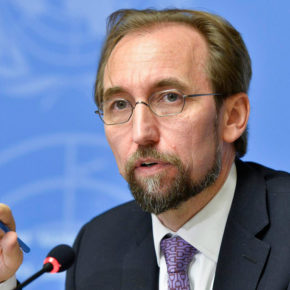