Two Pakistani trans rights activists were attacked Jan. 17 and Jan. 22 in Peshawar, an area where anti-trans violence has been on the increase.

On 22 January 2018, Shama, 18, was kidnapped then gang raped in the Gulbahar neighborhood of Peshawar by nine men in retaliation against her advocacy for the human rights of the transgender community. The assailants threatened to shoot her if she disclosed the incident to anyone or if she participated in any more demonstrations. Shama filed a complaint with the police but so far a First Incident Report (FIR) has not been lodged, no arrests have been made and no medical examination has been conducted for Shama.

On 17 January 2018, Sonia was shot in the Pahandu area of Peshawar by her partner, who is also a member of the gang that attacked Arzu Khan and Taimur Kamal, and kidnapped Sunny. She was under pressure from her partner to stop her transgender rights activism but she refused. Her partner strongly disapproved of her activities and on the day of the incident they had an argument over her human rights work. Having failed to convince Sonia to cease her activities, the defender’s partner shot her in anger. Sonia was taken to Khyber Teaching Hospital with gunshot wounds to the face and a bullet lodged in her throat. Sonia is still in hospital. A First Instance Report (FIR) has been registered against the man who shot Sonia.

Cases of violent crimes against transgender people have been on the rise in the Khyber Pakhtunkhwa province. On 26 November 2017, a transgender person was shot dead in the city of Peshawar, the fifty-fourth transgender person killed since 2015, according to human rights defender Taimur Kamal. Previously, on 25 May 2016, transgender human rights defender Alesha died from six gunshot wounds received three days earlier in front of Asia Plaza in Peshawar, Khyber Pakhtunkhwa province. The police is usually reluctant to take threats seriously and it is very difficult to get cases registered with the police. Moreover, members of the TransAction Alliance regularly face persecution and harassment in connection with their human rights work.

Front Line Defenders strongly condemns the brutal attacks on Sonia and Shama, which it believes were motivated by their legitimate and peaceful work for the promotion and protection of transgender rights in Khyber Pakhtunkhwa. Front Line Defenders further expresses serious concern for the physical and psychological integrity of members of the TransAction Alliance and all transgender human rights defenders in Khyber Pakhtunkhwa.

Front Line Defenders urges the authorities in Pakistan to: 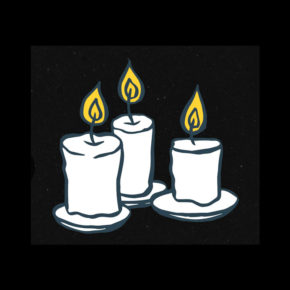