Coming Out’s annual report on the situation of LGBTIQ people in St. Petersburg in 2016 is now available for download in English.

Because of official harassment, the report states, “In 2016, not a single public event was successfully carried out as planned, without impediment from the city authorities.”

Excerpts below are from the report’s summary and its recommendations for how to put an end to the human rights abuses that Coming Out researchers found.

Unfortunately, the monitoring sample is necessarily restricted, partly due to the fact that LGBTIQ people are cautious about sharing their own stories, partly because many of them do not see these incidents as worthy of attention or publicity, being used to their own vulnerability and perceiving violence and discrimination as normal. Consequently, the people willing to talk about violations they experienced are primarily those involved in LGBT activism and open about belonging to an LGBTIQ community in their daily life, while the stories of violations that haunt the lives of the “closeted” part of the community stay in the shadow. …

Considering the above-mentioned methodological restrictions, this
report examines 109 incidents of human rights violations on the grounds of SOGI [sexual orientation and gender identity].

Analyzing the data acquired during the monitoring, we can point out the major issues that the LGBTIQ people and the LGBT activist movement of Saint Petersburg faced in 2016. The Federal law banning so-called “propaganda of non-traditional sexual relationships among minors” (Code of the Russian Federation on Administrative Offenses, Art. 6.21), was not applied for administrative prosecution in Saint Petersburg in 2016. However, the city authorities continued to use it for the purpose of restricting the constitutional rights to freedom of assembly and
expression, invoking this law to motivate their refusals to authorize the holding of public events.

Hate crimes remain an acute and urgent concern. A series of bias-motivated crimes took place in 2016, including two murders.

Physical assaults motivated by homophobia usually happen as a result of LGBTIQ people being identified as such because of their appearance or presence of LGBT symbols on their clothing (9 cases); organized criminal groups who target LGBTIQ people by setting up fake dates in private apartments are still active (11 cases).

The situation regarding freedom of assembly for LGBT activists drastically worsened in 2016, compared to the previous period. Previously, the city authorities would not obstruct LGBT events, held for the purpose of collective discussion of matters of public interest and expression of public opinion in a specially designated area (“Hyde park”) on the Mars Field; mass arrests of LGBT activists during unauthorized street protests were likewise uncommon. In 2016, not a single public event was successfully carried out as planned, without impediment from the city authorities: to our knowledge, the latter refused to authorize the holding of public LGBT-related street events 13 times. During unauthorized events with an LGBT agenda, activists were arrested and in several cases, held administratively liable. We know of at least 28 cases of detentions of LGBT activists during street protests in 2016.

The activities of the city’s LGBT initiatives are being hampered in other ways: the monitoring program of Coming Out recorded cases of direct pressure on LGBT initiatives from the authorities (2 cases) as well as cases of homophobic activists attempting to interfere with the holding of LGBT-themed cultural and educational events (10 cases).

LGBTIQ people remain vulnerable to abuse in the labor sphere: in 2016, we recorded 11 cases of labor discrimination; in 5 cases, people lost their jobs because of their sexual orientation and/or gender identity.

So-called “outing” of LGBTIQ people is another serious problem, often done with the purpose of causing their dismissal: we know of at least 5 outing campaigns against LGBTIQ people in Saint Petersburg. According to our sources, the number of people dismissed after being outed in Saint Petersburg decreased in 2016 (only 1 person lost their job following to being outed), but the dangers of this form of persecution remain: spreading of information related to private life can still harm a person’s reputation and may lead to an increase in ambient homophobia, jeopardizing the safety and well-being of a specific person as well as that of their family and LGBTIQ communities on the whole.

Another form of discrimination that LGBTIQ people face in their daily life is denial of various services. We recorded 2 such cases, both incidents happened to transgender people.

LGBTIQ people are also susceptible to violent treatment by the members of their families or other persons who share their domicile: in 2016 we recorded 8 such cases, in 5 of these the survivor was a minor.

Therefore, the monitoring and the analysis of collected data on the situation of LGBTIQ people in Saint Petersburg leads us to conclude that the members of this social group, the “closeted” part of the community as well as LGBT activists, lack protection from the point of view of the existing legislation and the law enforcement practice likewise. With the aim of improving the situation of LGBTIQ communities, we offer a set of recommendations to the authorities, non-governmental and private organizations of Saint Petersburg. …

To the Human Rights Ombudsperson in Saint Petersburg:

To the Legislative Assembly of Saint Petersburg:

b) Recommendations, elaborated in relation to LGBTIQ rights (hate crimes and speech, freedom of assembly and expression, the application of the “propaganda law”, etc) by UN treaty bodies, established according to international treaties that have been ratified by the Russian Federation, including the UN Committee on the Rights of the Child, the UN Committee on the Elimination of Discrimination Against Women, the UN Human Rights Committee (in particular, the necessity of recognizing LGBTIQ as a social group, hatred or enmity against which is considered to be an aggravating circumstance); 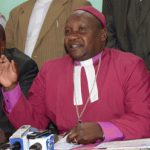 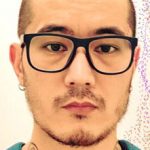