A coalition of Nigerian human rights activists and NGOs rejects the widespread media claim that the 42 men facing homosexuality charges after their July 30 arrest are indeed homosexuals.

The 42 men were among 72 who were arrested July 30 in the Lagos area in a police raid on the scene of an anti-HIV event in Owode. Thirty members of the group were released by police soon after their arrest.

The Coalition for the Defense of Sexual Rights issued this public statement:

We thank you for the support that you have given and the interest you have shown in the case of the Lagos arrest of 72 young men and children.

We have been on the ground and are engaging with the men and children, their families, the police, and lawyers.

We wish to assure you that we are committed to working in the interest of the men and children as desired by them and their families (especially for the minors among them).

We wish to plead with you to do same.

At present, we have not gotten any information from the men and children confirming that they are homosexuals.

We are therefore not in support of any media publications that depict them so.

Some statements have reached news rooms describing the men and children as gay.

Parents who are reading these or being told by friends and relations are in shock and the hearts of the men and children are broken as the news about their perceived HIV status and sexual orientation is now world news.

We wish to caution our colleagues who are getting too emotionally worked up to exercise some restraint so that we do not, who should be protecting the men and children, be the ones incriminating them.

We will inform allies and colleagues what the agreed strategic steps should be once we are through managing the chaos this unsolicited media attention has caused the men and children and their families. And once we conclude a meeting with them on next steps.

Thank you for your usual support.

This statement is signed in collaboration with:

The Coalition for the Defense of Sexual Rights (CDSR) is a consortium of non-profit independent organizations and individuals working on diverse issues of sexual and reproductive health and rights in Nigeria. 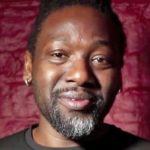