In Malaysia, a video competition on adolescent sexual and reproductive health from the Ministry of Health sparked outrage among human rights activists, who understood it as homophobic and transphobic.

The competition proposed that young people submit original videos on topics including “gender dysphoria,” and that submissions should address how to “prevent, control and seek help” for people who are “lesbian, gay, transgender (mak nyah), transvestite, [and] tomboy/pengkid.” The competition’s guidelines also seemed to suggest that “preventing” or “controlling” same-sex attraction or trans identities would reduce the incidence of HIV infection.

Such a move encouraged “discrimination, hatred and even violence towards minorities,” activists immediately reported. As the competition made headlines worldwide, the Ministry of Health met with representatives of the Malaysian AIDS Council and human rights defenders, and pledged to amend the “Gender Dysphoria” category to “Gender and Sexuality” and to circulate new guidelines for the competition, claiming that “the purpose of the competition is not to single out or discriminate the LGBT community.”

Human Rights Watch published a more extensive account of the controversy, including an update about the health ministry’s response to activists’ complaints:

UPDATE: On June 7, the Malaysian Health Ministry met with several activists, including transgender activist Nisha Ayub and representatives of the Malaysian AIDS Council. Activists raised concerns regarding the stigmatizing nature of the National Creative Video Competition on Adolescent Sexual and Reproductive Health. In response, the ministry issued a statement committing to amending the “Gender Dysphoria” category to “Gender and Sexuality” and affirming its commitment to non-discrimination. The ministry pledged to circulate revised guidelines for the competition, which Human Rights Watch will make available when they are publicized.

(Bangkok, June 8, 2017) – The Malaysian Ministry of Health, in its call for submissions to a National Creative Video Competition on Adolescent Sexual and Reproductive Health, has endorsed an erroneous and harmful theory that lesbian, gay, bisexual, and transgender (LGBT) identities can be “prevented” or “controlled,” Human Rights Watch said today.

In a letter to Health Minister Dr. Subramaniam Sathasivam, Human Rights Watch raised concerns that the competition – which proposes that young people submit original videos on topics including “gender dysphoria,” and that video submissions should address how to “prevent, control and seek help” for people who are “lesbian, gay, transgender (mak nyah), transvestite, [and] tomboy/pengkid” – promotes stigma and discrimination.

“By suggesting that LGBT people are second-class citizens whose very existence is viewed as a problem to be solved rather than an aspect of human diversity to be respected and nurtured, the Health Ministry undermines LGBT people’s rights to the highest attainable standard of health, and to equality and nondiscrimination,” said Neela Ghoshal, senior researcher on LGBT rights at Human Rights Watch.

Human Rights Watch pointed out in its letter that the World Health Organization (WHO) removed homosexuality from its International Classification of Diseases (ICD) in 1990, and is now undertaking steps to remove gender dysphoria from a forthcoming revision of its list of mental disorders. Other United Nations agencies have denounced so-called conversion therapies focused on changing sexual orientation and gender identify as both unethical and harmful. According to the World Psychiatric Association, “There is no sound scientific evidence that innate sexual orientation can be changed. Furthermore, so-called treatments of homosexuality can create a setting in which prejudice and discrimination flourish, and they can be potentially harmful. The provision of any intervention purporting to ‘treat’ something that is not a disorder is wholly unethical.”

The competition’s guidelines also seem to suggest that “preventing” or “controlling” same-sex attraction or transgender identities would reduce the incidence of HIV infection. This flies in the face of guidance from global health agencies that homophobia and transphobia impair effective HIV responses, and that rights-based, evidence-informed HIV prevention strategies are needed to tackle the pandemic.

“The Health Ministry also seems to suggest that LGBT people are responsible for the spread of HIV – when in fact it is stigma and discrimination that lead to increased prevalence,” Ghoshal said.

In its letter, Human Rights Watch highlighted the Pan American Health Organization’s exhortation to health professionals to do no harm: “While every expression of homophobia is regrettable, harms caused by health professionals as a result of ignorance, prejudice, or intolerance are absolutely unacceptable and must be avoided by all means. Not only is it fundamentally important that every person who uses health services be treated with dignity and respect; it is also critical to prevent the application of theories and models that view homosexuality as a ‘deviation’ or a choice that can be modified through ‘will power’ or supposed ‘therapeutic support.’”

“By targeting young people in the proposed video competition, the Ministry of Health risks fostering self-hate and self-stigma among vulnerable LGBT youth,” Ghoshal said. “It also risks reinforcing biases that may be held by heterosexual and cisgender youth, potentially leading to increased homophobic and transphobic bullying and exclusion, affecting LGBT young people’s performance in school and even leading to drop-outs.”

Human Rights Watch calls upon the Ministry of Health to immediately issue a statement rescinding the “gender dysphoria” category from this video competition. The ministry should also clarify to the Malaysian public that sexual and gender diversity cannot be “prevented” or “controlled” and apologize to lesbian, gay, bisexual, transgender, and gender-nonconforming people in Malaysia for the harm already done by circulating the call for submissions in its current form. 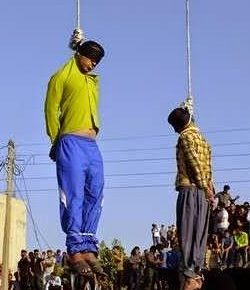