Human Rights Watch has appealed for Malaysian authorities to seek to regain the trans community’s trust by thoroughly investigating and then prosecuting the murderers of a trans woman on Feb. 23.

At about 3:30 a.m. on Thursday, a 27-year-old transgender woman, Sameera Krishnan, was brutally murdered in Kuantan city, Malaysia.

Krishnan who worked in a florist shop, was attacked with a knife and received slash wounds to her hands, arm, head, and legs, and was shot up to three times. Reportedly her attackers were three masked men who had arrived in two cars.

Krishnan’s funeral was held on Friday, February 24, which happened to be her birthday.

The police chief of Kuantan, on peninsular Malaysia’s east coast, stated that the authorities have started an investigation into the killing.

Transgender people in Malaysia live in a hostile environment. Malaysia is one of very few countries in the world that prosecutes individuals whose gender identity differs from the sex assigned to them at birth, simply for being who they are.

Historically, transgender people had a high degree of acceptance in Malaysia. But this began to change with a series of state legislative initiatives, beginning in the 1980s, that criminalized transgender people and forced them underground. Under these discriminatory laws, transgender people can be arrested simply for wearing clothing deemed not to pertain to their assigned sex.

The police should work to earn back some of the transgender community’s trust by conducting a thorough and professional investigation into the killing of Sameera Krishnan, and ensuring that the perpetrators are brought to justice. 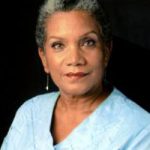