Increasing desperation in the Bangladeshi LGBT community came to a head Friday, May 19, when police in Bangladesh broke up a social gathering, making 29 arrests in what seems to be part of a government crackdown against the LGBT community.

Initially, police said the arrests were for homosexuality, but they soon realized that they had no evidence of same-sex sexual activity, so they pressed drug charges instead.

“The government is now applying Section 377 [the law against same-sex intimacy], Section 57 [the law against criticism of the state], and the blasphemy law of the Bangladesh Penal Code to silence freethinkers and LGBT people,” Islam said.

“Many LGBT people already fled to abroad as refugees and many of them have already committed suicide. But nobody is caring about human rights. I am also thinking [about whether to keep living], as nobody is saving us from this homophobic living hell,” he said.

In the past year, at least 14 LGBT Bangladeshis that he knows have committed suicide, Islam said. “Bangladeshi LGBTs are committing suicide due to various pressures. … Many others tried to commit suicide but failed.”

Many others are cutting off their genitalia and joining the hijra community, a group of “third gender” trans people that is widely recognized in Bengali society both in Bangladesh and India, Islam said.

So far, most non-governmental organizations — even the 10 or more local NGOs pushing for LGBT rights — have been silent about the government repression, he said.

Vivid Rainbow, his own small LGBT rights group, has spoken out against the repression, but has meager funds and little influence, he said.

“Justice Makers is of the opinion that the incident of this arrest is in clear contravention to Sections 27 (equality before the law), 28 (non-discrimination), 32 (individual-liberty) and 37 (freedom of association) of the Bangladesh Constitution. In addition, the incident violates sections 2, 3, 7 and 20 of the UDHR [the U.N.’s Universal Declaration of Human Rights], and sections 21, 24 and 26 of the ICCPR [the U.N.’s International Covenant on Civil and Political Rights].

“This incident of arrests of these youngsters from a peaceful gathering is nothing but state-sponsored discrimination against a sexual minority. Justice Makers Bangladesh believes that with this incident, the government is trying to render sexual minorities invisible to non-existent.

“Justice Makers Bangladesh would like to demand the immediate release of the young men and the removal of Section 377 of the country’s penal code in order to grant constitutional recognition of homosexuals and the LGBTQIA+ community at large.”

Before the arrests, two Bangladeshi activists,  Riaz Osmani and Shahanur Islam, had launched a fundraising campaign, seeking support for a legal challenge against Bangladesh’s anti-LGBT Section 377. So far, they have raised £410 of a £25,000 goal.

Osmani agreed about Islam’s description of the situation in Bangladesh.

“These arrests have certainly heightened fears among the gay community that the government is becoming more active in implicating gays through the current legal system. It is therefore more imperative than ever that we bring a legal challenge to Section 377 of Bangladesh’s penal code so that someday police will not be able to use it as an excuse to round up gays.”

Initial reports of the police raid said that 27 or 28 were arrested, because police wanted to downplay the incident, Islam said. The correct number is 29, he said, which was the number cited in later accounts.

The May 19 gathering in the Keraniganj district of Dhaka, Bangladesh’s capital city, was just a social gathering, “a get-together party,” Islam said.

“Newspapers are vilifying gays by saying that it was a sex party or a drug party,” he said.

Islam said about the politics of the repression and its personal consequences:

“The Bangladesh government is trying to get the vote of conservative Muslims. For this reason, the government did not do anything about the murder of LGBT activists Xulhaz Mannan and Mahbub Rabbi Tonoy [also known as Tonoy Mojumdar]. Instead of that, government has started witch hunting and the law enforcement agencies are arresting LGBT people for being LGBT. They are arresting LGBT people because the politicians want to please majority Muslim fundamentalist people to get more votes. The government is trying to radicalized Bangladesh and making Bangladesh a safe haven for Islamist militants by killing atheists, bloggers, writers, religious minority, ethnic minority and sexual minority people (LGBT+ people/queer people).

“Many LGBT people already fled to abroad as refugees and many of them have already committed suicide. But nobody is caring about human rights. I am also thinking [about whether to keep living], as nobody is saving us from this homophobic living hell. Please save us!

“We need the attention of international organizations such as the UN to stop the government of Bangladesh.”

“Many LGBTs are already disowned by parents because of their sexuality,” he said. “I am also disowned by my family because of my sexuality and my religion. I was born in a Muslim family, but I am converted to Unitarian Universalist Christianity, so my life is in double risk. Many terrorists wanted to kill me. They threatened me, but I am not afraid.”

In reporting on the May 19 raid, an article in PPP Focus stated:

“We’ve arrested 27 people for homosexuality” [a police official] said. Students were arrested before they had sex so they couldn’t be prosecuted for sodomy, so they will just be charged with drug offenses.

“We have filed a narcotics case against them as the RAB [the police Rapid Action Battalion] found yaba (methamphetamine) and marijuana among their possessions”, local police chief Mohammad Jubayer told [Agence France-Presse].

The lesbian, gay, bisexual and transgender (LGBT) community has long faced discrimination and rights abuses in the country.

Past year in April, Xulhaz Mannan, editor of Bangladesh’s only LGBT magazine, Roopbaan, was hacked to death at his Dhaka home along with a friend.

Under Bangladeshi law, homosexuality is a crime and Section 377 of the penal code provides for sentences of up to life imprisonment.

Since then, numerous gays and lesbians have left the country after they received death threats. While the law is rarely used, it can result in up to life in prison.

… Sixteen of the youths, aged between 20 and 25, were produced before the Chief Metropolitan Magistrate’s Court on Sunday. …

The court granted police two days to grill four of them in custody.

It sent the 12 others to jail and gave police permission to quiz them at the jail gates.

The youths, mostly students, gathered at the Chhayaneer Community Centre at Antibazar in Keraniganj in the wee hours on Saturday.

International human rights organisations, especially those for LGBT rights, voice concern over threats on lives of homosexuals in Bangladesh.

The local people, however, complained that the youths gather for the homosexual party in the community centre once in two months.

The RAB official told bdnews24.com after the raid that the youths admitted that they were homosexuals. He also said condoms and lubricants were found on them.

Keraniganj Police Station Sub-Inspector SM Mehedi Hasan, who is investigating the case, said he mentioned the homosexuality issue in the remand petition.

“Various drugs including yaba [a mixture of methamphetamine and caffeine] were found in their possession. They gathered in the community centre for unusual sexual acts,” he said.

He also said that they were invited through Facebook and needed to be quizzed to identify the others in the group.

Homosexuality has been legalised in many countries, but not in Muslim-majority Bangladesh, where ‘unnatural’ sexual activities are considered punishable offence. 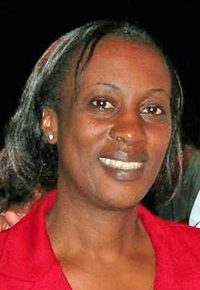