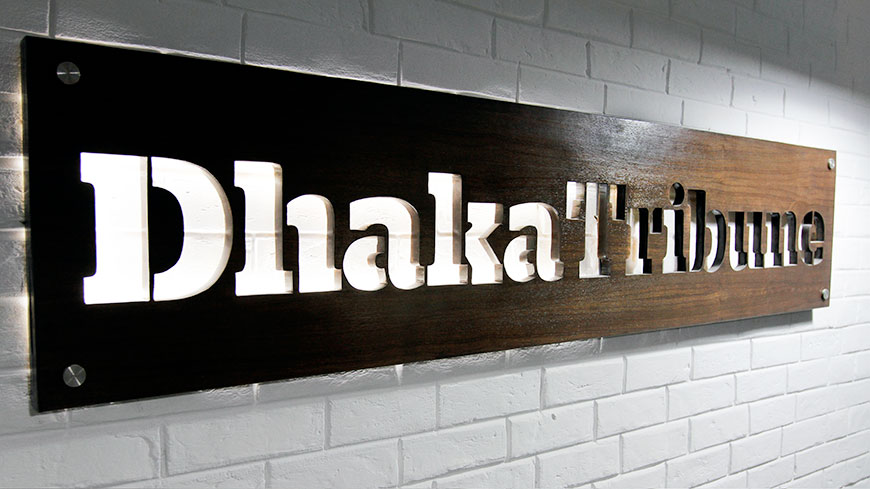 A newspaper in Bangladesh has announced its opposition to the country’s harsh anti-gay law.

The Dhaka Tribune, which was launched in April, today published an editorial that urged “Decriminalising same-sex relations.”

Under the laws of Bangladesh, same-sex relations are punishable by up to a life sentence.

The opinion piece ran under a secondary headline arguing that “Everyone has the right to live his or her life without fear, and nothing is gained by making people a target for persecution.” The editorial stated:

Same-sex relationships are outlawed under Section 377 of the Bangladesh Criminal Code.

Fear of persecution forces LGBT (lesbian, gay, bisexual and transgender) people to hide their sexuality. More importantly, this law reinforces a societal attitude that marginalises and stigmatises those who are attracted to others of the same sex, and is unnecessarily punitive.

We understand that in a conservative and traditional country, such as Bangladesh, many may have deep-seated religious or other objections to homosexuality. We do not seek to legislate tolerance or approval of homosexuality. People are entitled to their beliefs and their moral principles.

However, we do believe that even most people, who object to homosexuality, do not want to see people put in jail for it, do not want the state to waste its resources treating it as a crime, and do not want to create an environment that allows for persecution and immiseration of homosexuals.

We believe that the well-meaning citizenry of Bangladesh, whatever their feelings about homosexuality, would agree that everyone has the right to live his or her life without fear, and that nothing is gained by making people a target for persecution.

Decriminalisation of homosexual acts between consenting adults would be a good first step to ensuring the security of homosexuals from those who prey on the vulnerable, and surely this is something we can all agree is desirable.

Online comments on the editorial included a Muslim saying, “I suggest you start writing editorials for some Western newspaper. These are ideas simply going to divide the nation at a time when we are already divided in national issues. … I am deeply offended by this proposal.”

Another said, “The moment any step to decriminalize homosexuality is taken, you’ll see massive demonstrations against such move.”

One supporter chimed in, “I’m glad the Dhaka tribune is taking up the issue. At the very least it will raise awareness. I wish some of the Bangla dailies would be as bold.”

Last month, a Bangladeshi lesbian couple faced the possibility of life imprisonment for ‘marrying’ in secret.  On the basis of Section 377 of the Bangladesh Criminal Code, a 16-year-old Hindu and a 21-year-old Muslim were arrested in Dhaka on  July 23 because of their relationship.