Uganda LGBTI rights ally Stella Nyanzi was released on bail on May 10, after more than a month in prison.

Nyanzi, an outspoken opponent of Ugandan President Yoweri Museveni, had been imprisoned since her arrest on April 7, when she was charged with cyber harassment for referring to Museveni as “a pair of buttocks.”

An academic researcher, fervent supporter of LGBTI rights and a contributor to this blog, Nyanzi had been raising money to provide sanitary pads for needy Ugandan girls. She was critical of Museveni for failing to fulfill a campaign promise to support such an effort.

Chief magistrate James Mwanda granted Nyanzi bail until May 25, when she is due to reappear in court to respond to prosecution claims she is mentally unwell.

Wednesday’s hearing was delayed by two hours after the collapse of Nyanzi, whose lawyers said needed medical attention after contracting malaria in jail.

A research fellow at Makerere University in Kampala, Nyanzi has drawn attention in the conservative country for using explicit language in high profile campaigns to defend the rights of women and girls.

The court denied state attorney Jonathan Muwaganya’s request to order Nyanzi to refrain from making cyber attacks or derogatory statements against the president or members of his household as a condition of Nyanzi’s release.

After her release, Nyanzi posted her thanks on Facebook:

What a delight to be out of the ugly belly of the state’s brutality! Luzira Women’s Prison will forever hold a dear place in my heart. I made friends with prisoners. Thirty-three days of wearing the sickening yellow uniform, sleeping on a thin mattress spread on the cement floor – alongside sixty other in-mates in my ward, squatting in mock respect of underpaid prison warders, running to be locked up for ‘Foleni’ counts, undressing for body searches exposing my genitals to the prying eyes of warders, the nightmare of shitting in a flooding pit latrine, surveillance, interrogation, the works…

I am glad to be home with family and friends who love me. I am loved. I am grateful to be loved. All the days I was locked up in Uganda’s beastly prison, I was upheld by love from near and far. I thank you all for the love. Freedom smells lovely when among loved ones.

My lawyers and legal team kept my winning spirit up. My sureties restored my hope in humanity. All my visitors in prison inspired me not to give up. The public press media and the social media fraternities kept the fire burning. Human rights activists, feminists, queers, journalists, cartoonists, comedians, musicians, artists, scholars, researchers, foreign missions, and all my allies who stood tall and proud in solidarity with me, I thank you.

Nearly 100 supporters contributed US$5,209 for her legal defense fund.

The East African reported that the “Buganda Road Court on Wednesday granted Dr Nyanzi a non-cash bail of $2,857 (Ush10 million), with sureties of similar amount.” 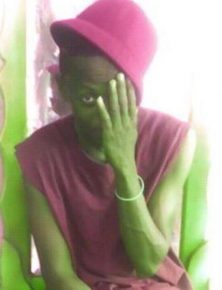