A year ago something remarkable happened in the Global Anglican Communion (GAC), but most persons missed it, even senior Anglican clergy.  This miraculous event occurred on Jan. 15, 2016, when the Primates representing all the Provinces in the 80 million+ denomination agreed, for the first time, that criminalizing same-gender intimacy is wrong.

However, this ground-breaking declaration was, sadly, lost in their joint communiqué released after a painfully contentious meeting at Lambeth.  The reason the Lambeth meeting was held in the first place, i.e., to discuss the vexed issue of same-sex unions that resulted in consequences  for the Episcopal Church which celebrates them, is why the rather tame matter of decriminalizing homosexuals was so gravely overlooked.

The relevant part of the Primates’ Communique reads:

“The Primates condemned homophobic prejudice and violence and resolved to work together to offer pastoral care and loving service irrespective of sexual orientation. This conviction arises out of our discipleship of Jesus Christ. The Primates reaffirmed their rejection of criminal sanctions against same-sex attracted people.”

To be absolutely accurate, the Primates had never before definitively affirmed their rejection of criminal sanctions against same-sex attracted people, although there had been statements from as far back as 1998 condemning unnamed homophobic discrimination.  So this 2016 “reaffirmation” was indeed revolutionary.

However, since last year, other events have overtaken the GAC and once again threatened the Primates’ united commitment to ending criminal sanctions against homosexuals.   These events of course include the continued ordination of openly gay bishops in some Provinces, which is vocally opposed by others.

In over 40 of the 77 countries that still have anti-sodomy laws the Anglican Church is very influential and its members hold significant sway.  Many Anglicans are politicians, judges, and policy-makers.

It is hoped that these persons will use their influence to condemn the British colonially imposed laws that have long ago been jettisoned by Britain itself.  These imperial edicts reflect an anachronistic Victorian morality that was initially dictated by our church.

To its credit, the church was also the first to call for decriminalization in Britain during the 1950’s when the real horrors of these statutes were revealed.  The British law’s distressing impacts included the forced chemical castration and eventual suicide of Alan Turing, the father of theoretical computer science who helped crack Nazi codes and win World War II.  The British Parliament has passed legislation to pardon Turing and all other individuals who were wrongly convicted under these draconian directives.

The decriminalization petition has been circulated to every province across the GAC and clergy from across the world have signed on.  Many of those who received the petition expressed surprise that such harmful laws continue to exist and are still being applied to persecute LGBT people even today.

Some examples of responses to the petition are below.

“I really symphathise and empathise with you on what is happening to you and what you believe and advocate. We should pray that homophobic attacks should not be the order of the day but people should listen to each other and help to move together in Christian life. I would like to say that whatever the situation you are in, God loves you and I pray that you should enjoy this Christian love from everyone who pronounces that you are a human being, an image of God whatever the case.

“May the LORD of mercy have mercy upon us all for at times doing too much of what is not expected of us and let us avoid being so judgemental but instead pray and support for each others that we may come to realise the love of God. If you feel there is any specific thing I can do to help the situation, let me know. Peace be with you!”
— The Rt. Rev. Brighton Vita Malasa, bishop of the Anglican Diocese of Upper Shire, Malawi

In the second year of AfD’s work it will be even more important to reach larger numbers of Anglicans with the ‘gospel’ of the Primates’ call for decriminalization, as well as the petition.  This is because the rising tide of populism across the globe threatens to undo many of the advances in human rights for LGBT people that were ushered in during the Obama years.

In particular, powerful anti-gay evangelical groups from the global north will be now emboldened to halt and even reverse the civil rights of LGBT people, including pushing for increased sanctions against same-gender loving people.

We therefore need your support to ensure that more people, especially Anglicans,  know about and come to support this life-saving effort.
Already one Canadian church, St. Matthias Bellwoods, has decided to make Anglicans for Decriminalization a part of their ministry and we need churches in each Province to help marshal resources and coordinate the telling of stories.

Please contact us if you can help.  For truly, “Without knowledge, the people perish.”

For more information, write to anglicansfordecriminalization@outlook.com. 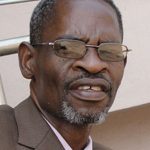