A prominent Malawi politician is due in court this week for a ruling on whether he will face a hate-speech trial for stating that homosexuals have no rights and should be killed.

The Nation reports on Jan. 20 that Chief Justice Andrew Nyirenda heard the case on Jan. 19, as planned, and then said he will announce his decision at an unspecified future date.

January 16, 2017 — Ruling Democratic Progressive Party (DPP) politician Ken Msonda will this Thursday be in High Court to hear the determination of Chief Justice Andrew Nyirenda on whether his case of “kill homosexuals” remarks he made on his Facebook page should be heard as a constitutional case.

Two leading activists  on minority rights – Gift Trapence and Timothy Mtambo – applied to court for judicial review after Director of Public Prosecution had discontinued the matter.

The two exhibited to the court the Facebook post and a transcript of a radio interview with Joy Radio in which Msonda repeatedly said homosexuals had no rights in Malawi and they deserve to be killed. …

After Msonda’s post on the social media Facebook, Malawi Law Society (MLS) issued a statement that demanded investigation by authorities on the remarks he made. 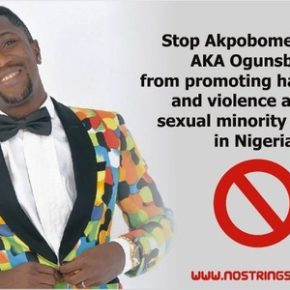