Anti-LGBTI Pastor Steven Anderson has received permission from Malawi to visit that country, he says in a video he posted on YouTube.

In October, this blog and several news sites in Malawi and internationally reported that he had been denied entry to establish an anti-gay church there.

Anderson is the leader of the Faithful Word Baptist Church, based in the United States, which claims that homosexuality is an abomination that should be punished by death.

South Africa and Botswana previously blocked Anderson’s plans to travel to those countries to spread his message, which they declared would be a type of hate speech.

Anderson published his video Dec. 21 under the heading, “Media Lied About Banning Pastor Anderson.” He said the story originated with “sodomites,” which is his term for homosexuals.

Anderson said he has received a 12-month, multiple-entry visa — “and not only that, but our church has already been operating in Malawi,” working with local pastors, and distributing church materials.

With his newly issued visa, he plans to teach and preach in Malawi, he said.

“When I filled out the application, I told them what I was going to be doing,” Anderson said.

In the video, he comments on articles from Malawi24, Canadian publications and this blog, calling the statements “a sodomite lie” distributed by “bogus news agencies.”

In October, The Nation newspaper in Malawi reported that Malison Ndau, then Minister of Information and Communications Technology and the official government spokesperson, said the government would not allow the pastor to visit Malawi to set up a church because of the message he was advocating. He said:

“Thinking of coming to set up a church here with such ideologies cannot be allowed. If he is coming to push for his ideologies then we are not going to allow that. The ideologies are against human rights which the Government of Malawi respects.”

Anderson urged his followers: “Please contact these news agencies and demand that they tell the truth: Pastor Steven Anderson has NOT been banned from Malawi, and Faithful Word Baptist Church has already been at work there preparing for the main opening in April.” 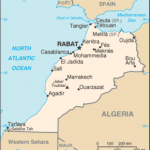