Malawi has blocked a planned visit by anti-gay Pastor Steven Anderson, making it the third African country to do so.

Anderson is the leader of the Faithful Word Baptist Church, based in the United States, which claims that homosexuality is an abomination that should be punished by death.

South Africa and Botswana recently barred Anderson from traveling there to spread his message, which they consider to be hate speech.

Govt says no to ‘kill the gays’ pastor

Government says while it respects freedom of worship, it will not allow controversial United States of America (USA) Pastor Steven Anderson to set up a church in Malawi.

Anderson, who is the head of the Faithful Word Baptist Church, has on numerous occasions called for the killing of lesbian, gay, bisexual, transgender and intersex (LGBTI) people, remarks that earned him a ban in Botswana and South Africa.

In a telephone interview yesterday, Minister of Information and Communications Technology Malison Ndau, the official government spokesperson, said government cannot specifically allow the pastor to come to Malawi because of the message he is advocating. He said:

“Thinking of coming to set up a church here with such ideologies cannot be allowed. If he is coming to push for his ideologies then we are not going to allow that. The ideologies are against human rights which the Government of Malawi respects.”

For more information, read the full article in The Nation.

In Malawi, pending a court decision on a constitutional challenge to the country’s anti-LGBT law, the government has instituted a moratorium on arrests and prosecutions under that law. On paper, the law calls for up to 14 years in prison for people convicted of same-sex relations. 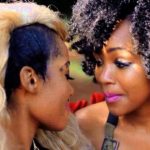