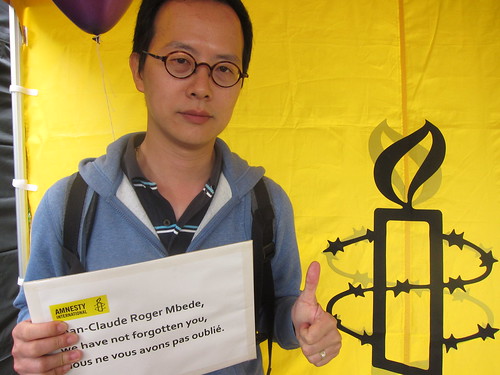 This blog has received two reports that Jean-Claude Roger Mbede has been released from prison, at least temporarily, for medical treatment.

We are seeking confirmation of those reports.

[It has been confirmed. See the exclusive interview, “Gay in Cameroon: after beatings in prison, rejection at home.”]

Meanwhile, Amnesty International is continuing its campaign for his release.

The appeal of his sentence was heard in May.

Amnesty launched a campaign for his release last year, and that campaign has continued. Most recently Amnesty supporters in Finland used dozens of photographs to show their support for his release. Each of the photos included the statement in English and French: “Jean-Claude Roger Mbede, we have not forgotten you, nous ne vous avons pas oublie’.”

Several of those photos appear below, along with other photos of his supporters and of protests for his release in Germany, Slovakia, Australia, Italy and Cameroon.

Protests and supporters in Finland, … 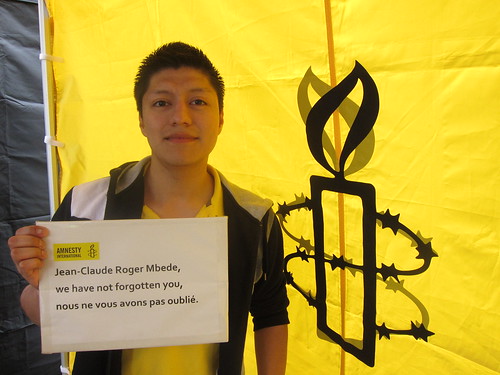 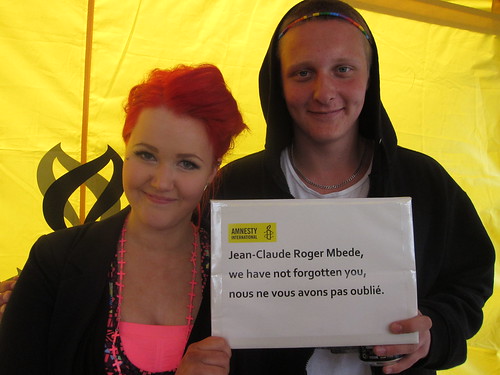 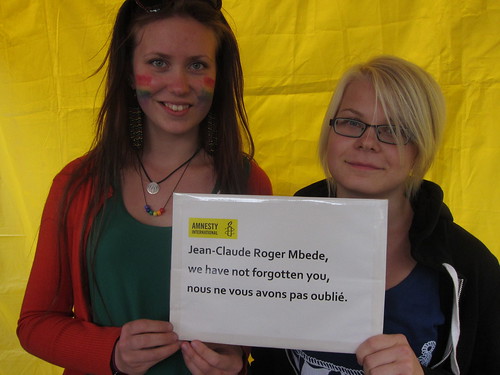 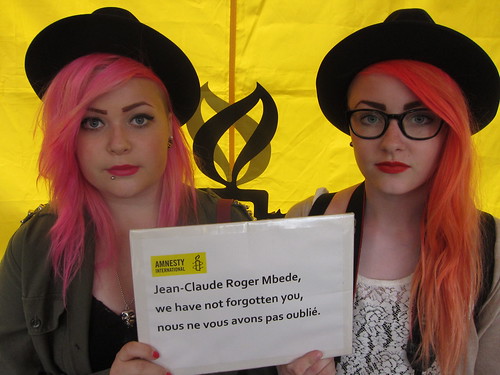 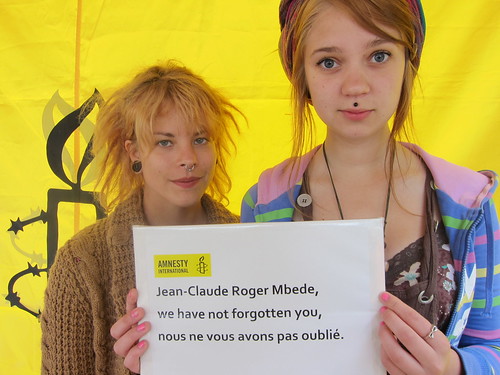 … in Slovenia and in Italy … 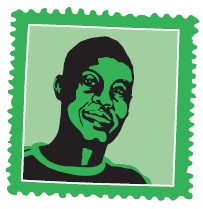 … in Australia and in Cameroon