The French newspaper Le Figaro reported on the case. This is an English translation of excerpts of that article:

A group of lawyers, human rights activists and the LGBT community filed an appeal on Thursday, December 16, to overturn two convictions for homosexuality, in a country where it is still punishable by prison sentences.

This is the first appeal against the law on homosexuality (punishable by up to three years in prison), which its promoters hope will be followed by others that will set a precedent.

Two men, who served a year in prison after their conviction in July 2020, are going to the Supreme Court to oppose “a cruel sentence that goes against international standards,” said their lawyer, Hassina Darraji.

“Our goal is to bring down Article 230 [the section of the colonial-era penal code that criminalizes  homosexuality]. It is a judicial and human battle,” she said. … Her clients want “to create a precedent by having their conviction overturned”. …

Since 2008, “more than 2,600 people have been incarcerated under Article 230,” according to Damj and the Civil Liberties Collective.

A representative of the Collective stressed the cost to the state, “more than 25 million dinars” (more than 7.5 million euros) that could “be invested in hospitals and other infrastructure.

Badr Baabou said he hoped for “a dispassionate, legal and serious debate” to decriminalize homosexuality. He said he is surprised that Tunisia, despite the [country’s Jasmine Revolution of 2011, which overthrew President Zine al-Abidine Ben Ali and led to the “Arab Spring” throughout the Middle East], is still “part of the countries that explicitly or implicitly condemn homosexuality. …

[Tunisia’s current president, Kais Saied, has suspended Parliament until December 2022. During his election campaign in 2019, he opposed decriminalization of homosexuality.

[Lotfi Ezzedine, a lawyer who is a leader of the National Institution for the Prevention of Torture, endorsed the court case seeking to overturn Article 230. He said that the issue of decriminalizing homosexuality will be one of the first matters of business for Parliament as soon as it meets again.] 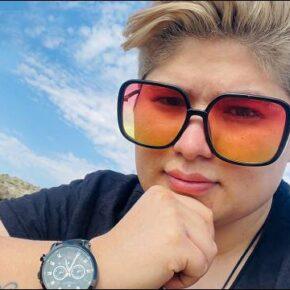