As Barbados became a republic on Nov. 30, cordially cutting its traditional ties with the British monarchy, it pledged to respect the rights of gay, lesbian and bisexual Barbadians but conspicuously omitted any mention of the rights of Trans people.

This past week, the Parliament of Barbados debated a new Charter, which is meant to be a blueprint for yesterday’s establishment of our Republic. This document makes several prima facie progressive moves to acknowledge the human rights of diverse groups of people, including members of the Lesbian, Gay and Bisexual (LGB) communities. Unfortunately, as happened a little over a year ago with the Employment (Prevention of Discrimination) Act, Trans citizens were (again) left out of the equation.

Given my experience of being humiliated and fired from a law firm because I “dared” to transition, I am painfully aware that Trans Barbadians urgently need legislative protection. My case was even discussed in Parliament during the debate of the Employment Act, so the government fully knows of the egregious violations that Trans citizens experience every day.

Trans Barbadians have publicly recounted our incidents of workplace discrimination, being refused housing and suffering hostility and violence when accessing critical health care. Further, the island’s education system remains stridently Transphobic, while the mental and physical health of Trans youth is abysmal.

Despite these challenges, Trans people have been the public face of campaigns for LGBT protections on the island for decades. For example, I filed the first legal challenge to the British colonially imposed anti-sodomy law, the worst in the Western Hemisphere – life imprisonment. I also organized and led the country’s first LGBT Pride march, a tradition that was continued in subsequent years by my Trans sisters. So, the deliberate erasure of gender identity and expression from the protections of the Charter is deeply disturbing at best and insulting at worst. We are the most visible and vulnerable members of the island’s LGBT community, yet we have no legislative shelter under the Charter.

Hence, while many LGB Barbadians and their allies are cheering the inclusion of sexual orientation, we cannot ignore the glaring moth holes in the heraldic standard that is the Government of Barbados’ stated commitment to human rights and protection of diversity.

According to the words of Prime Minister Mia Amor Mottley and several members of her administration, the Government of Barbados has no intention of discriminating against anyone and is more than prepared to take steps to protect human rights.

However, that simply isn’t true. For the second time in a row, Barbados has deliberately refused to safeguard the human rights of Trans nationals.

What’s more, by failing to acknowledge gender identity and expression in the Charter, the fight for the recognition of the human rights of Trans people is essentially stalled again. Charters are not written or revised every day. So, the absence of Trans rights is unlikely to be revisited anytime soon!

Meanwhile, Trans people must wait indefinitely to legally amend our documentation to properly reflect our identifies. This invalidation of our existence also translates into continued criminalization of heterosexual Trans women and our male partners under the anti-sodomy law. Trans people can also be accused of fraud for honestly stating our gender identities on official documents when we write down our sex/gender in accordance with our gender identity/expression.

While I will not deny that including sexual orientation is a good thing when contemplating new laws and policies, I must highlight that excluding Trans people, as well as failing to decriminalise LGBT intimacy, spits in the face of and makes a lie out of any assertions that the Charter represents a national commitment to human rights and a refusal to discriminate.

I genuinely hope that the Government of Barbados will urgently look at the condition of its most vulnerable citizens and rectify these shortcomings of the Charter. All Barbadians deserve to be protected in our new Republic. For, in the words of Maya Angelou “No one of us can be free until everybody is free.”

Barbadian Trans human rights defender Alexa D. V. Hoffman is Caribbean program associate for OutRight Action International and the lead claimant in a petition to the Inter-American Commission on Human Rights challenging Sections 9 and 12 of the Sexual Offences Act of Barbados, which criminalise same-sex intimacy. 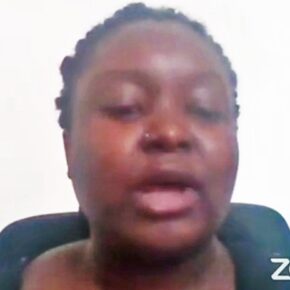