LGBTQ citizens of Afghanistan are pleading to be rescued from the violently homophobic Taliban, which took power last month as the United States removed its last troops.

These are excerpts from coverage of the crisis by CNN and  The Guardian:

[A 20-year-old lesbian using the pseudonym Balkhi] is one of hundreds of LGBTQ people in Afghanistan who are urging advocates outside the country to help them escape the Taliban regime. Two LGBTQ activists outside of Afghanistan told CNN they had separate lists each with hundreds of names of people who want to flee.

“The situation gets worse every day … fear of arrest is part of life now and I have such stress that I can’t even sleep,” Balkhi told CNN by text message from an undisclosed location.

It’s not clear yet how severely the Taliban will enforce its strict religious laws against Afghanistan’s LGBTQ citizens. No official statement has been made, but in an interview with Germany’s Bild newspaper in July, one Taliban judge said there were only two punishments for homosexuality — stoning or being crushed under a wall.

In response to a request for comment, a Taliban spokesman told CNN they had no official plans for their LGBTQ population yet. “When there is anything I will keep you updated,” he said.

The LGBTQ people in Afghanistan CNN spoke with said they had heard reports of friends, partners and members of their community being attacked and raped. And they were terrified that Islamic fundamentalists and vigilante groups emboldened by the new regime could do the same to them — or worse.

Balkhi said one gay man in her neighborhood had been raped after being found by the Taliban.
Some LGBTQ people told CNN they have been hiding in single rooms and basements for weeks, staring at the walls or endlessly watching their phones for any hint of a way out.

Some are being hidden by friends who are helping keep watch or bringing them supplies. Others told CNN they are alone, isolated and running out of food.

But all said they feel abandoned by the international community, with evacuation flights out of the country now finished and the Taliban pushing to normalize relations with Western nations. LGBTQ people say they need help to escape Taliban fighters before they are discovered and forced to face the new regime’s brutal laws. …

Even before the Taliban took power in August, life wasn’t easy for LGBTQ people in Afghanistan.

A 2020 US State Department report on Afghanistan said LGBTQ people faced “discrimination, assault and rape” as well as harassment and arrest by authorities. “Homosexuality was widely seen as taboo and indecent,” the report said.

Under the previous government, sexual relations between people of the same gender were illegal and punishable by up to two years in jail.

Those laws were not always enforced, but they did leave LGBTQ people open to extortion and abuse by authorities, according to a UK government report published in 2013. …

Under the Taliban’s interpretation of Sharia law, homosexuality can be punished by death.

Balkhi said when she and her family heard the Taliban had entered the city, they went into hiding, leaving their home in Kabul and moving to a new secret location to escape detection.

“The Taliban have exact information about every family here,” she said.

Balkhi fears her family could be attacked or killed for knowingly hiding an LGBTQ person. Unable to sleep out of fear of being discovered, she said she is worried if the Taliban find her, they will stone her to death for being a lesbian. …

Hilal, [a 25-year-old gay man] who used to advocate for LGBTQ Afghans, said men came around to his family’s house asking for him shortly after Kabul fell. “They made threats to my brother, and they said to him that if I return home, they will kill me (for being LGBTQ),” he said.

For three weeks, Hilal has been hiding in the basement of a friend’s house.

The former university student said he has no money, little food and has accepted he may never be able to go back to his family’s home.

“We are LGBT. It is not our fault. It has been written as such in my destiny, in my spirit … No one can change this. All they can do is to kill me,” Hilal said.

… The US and its allies raced to evacuate thousands of people from Kabul’s Hamid Karzai International Airport before the withdrawal deadline of August 31.

But LGBTQ Afghans, activists and NGOs told CNN they knew of very few people in their community who had managed to escape Afghanistan on those flights or across land borders.

Most people said they didn’t know anyone who had managed to get out.

Hilal, the LGBTQ activist, said he was furious at the US government and other Western countries who he felt had abandoned him and other gay, lesbian and transgender Afghans. “Journalists, women’s rights activists or those who worked with foreigners, they were removed … but nothing has been done for us,” he said. …

Rainbow Railroad is an NGO which helps LGBTQ people around the world escape persecution. Executive Director Kimahli Powell said evacuating LGBTQ people from Afghanistan was especially hard as they were often alone, in hiding and unable to contact each other.

“Many of the evacuations have been families or large communities, and that’s been harder for LGBTQ communities,” he said.

Some of them are so desperate they are falling victim to scams, including an offer of fake Ugandan visas which gave many individuals false hope, he said. Some told CNN they refuse to answer local phone numbers for fear the Taliban have tracked them down.

Powell said he believed routes out of Afghanistan are available to extract LGBTQ people, but he said Rainbow Railroad’s focus now is on reaching people most at risk.

“(It’s uncertain) what the Taliban takeover looks like around access to borders and access to migration, but we’re committed to trying to find pathways to keep people safe and get people out,” he said.

For more information, read the full article from CNN.

‘The Taliban will have no mercy’: LGBTQ+ Afghans go into hiding

Gay and trans people in Afghanistan already faced stigma, but now even a call from an unknown number sparks fear

Laila, a transgender woman in Afghanistan, rubs her eyes to wipe tears away. “I am terrified. It’s like a nightmare. I don’t feel safe even in my room. I’m scared of the Taliban. When I see them I feel they will know who I am and they will come to beat me, kick me or send me to prison.”

After the chaotic US withdrawal from Afghanistan in August, Laila is far from an isolated case. Rehmat, a gay man, said: “Our lives are in danger. We are afraid of having mobile phones. I get afraid when I receive calls from unknown numbers, worried that it might be the Taliban.”

There are rumours that the Taliban are tricking gay men into meeting them by contacting them on social media with a promise of escape from Afghanistan. This has caused panic across the country’s gay community, many of whose members are in hiding. The fear that the extremists are tracing them to persecute or kill them is real, and people live in a state of anxiety that they will be rounded up, imprisoned and tortured.

The Taliban’s new cabinet is comprised only of men, some of whom are accused of crimes against humanity, and includes a minister of guidance – the religious police body formerly known as the ministry for the promotion of virtue and punishment of vice. This is what lies ahead for Afghanistan, especially endangering vulnerable groups.

The Taliban are carrying out door-to-door searches to identify anyone they feel poses a threat to their “Islamic emirate”. Many LGBTQ+ people are now constantly shifting their locations and changing identities to protect themselves and their families, scared that their neighbours and extended family will report them.

Some transgender women are growing beards, while some lesbians have said they are feeling under pressure to be “more feminine”. They were previously able to maintain their identity under the guise of bacha posh, a practice in Afghanistan where a family without sons will choose a girl to live and behave as a boy, allowing them to move around more freely.

“I don’t think I can pretend to be a bacha posh any more. Taliban don’t like this. If they found out that I am a girl and lesbian it will make them angry. I am also a Hazara [minority Shia Muslims, who are often targeted by extremists], so it’s even more difficult for me. They can rape and kill me,” says Sunita, a lesbian. …

Sunita says: “I accompanied my father to help with construction work but now I won’t be able to do that. My father was told to stop because people are scared that if someone complained to the Taliban that I’m a girl dressing up as a boy, everyone will be in trouble.”

Sadat says: “With the Taliban takeover, you have hundreds of thousands of LGBTQ+ people who have lost their livelihoods and are staying at home. They worry that either they will run out of food and money and die from starvation, or eventually the Taliban will come knocking on their door and drag them away and torture them to death for all to see.

“My country is like a real hell right now, with many monsters,” said Leila. “I wish I can get out but every door is shut, every border is closed. It’s becoming impossible to leave. I think I’m just going round in an endless circle.”

Mukhtar, a gay man, thinks he will be “forced to emigrate in illegal ways to escape death and hunger” in the coming weeks.

For more information, read the full article from The Guardian. 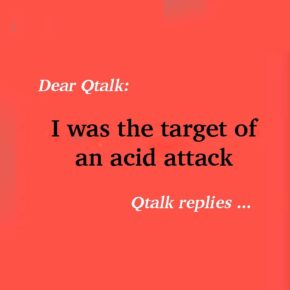