In response to the devastating Aug. 14 earthquake in Haiti, activists are raising money to support LGBTQI community members affected by the disaster. More than 1,000 euros has already been donated to their GoFundMe appeal.

The funds will go to the trans group OTRAH (Organisation Trans d’Haïti) for use in support of  LGBTQI Haitians affected by the earthquake.

The organizer of the fund drive, Andrea Tauta of The Hague, Netherlands, is promoting the appeal in coordination with Eastern Caribbean Alliance for Diversity and Equality (ECADE). (https://www.ecequality.org/ )

If you are like us, you are probably feeling helpless with the state of the world in the past weeks. Today we want to invite you to support the emergency relief for the LGBTQI community in Haiti affected by the Earthquake. The community is in great need of emergency relief following the tragic events of the 14th of August.  The Eastern Caribbean Alliance for Diversity and Equality – ECADE,  and I, are looking to collect funds to support OTRAH, a Trans organisation working in Haiti, to support the LGBTQI community affected by the disaster.

On August 14, a 7.2 magnitude earthquake struck Haiti. As of August 17, the death toll stands at 1,419, with rescue efforts ongoing. 6,000 people have thus far been reported having been injured. Houses, roads, bridges, churches, and schools were destroyed in the impact. The arrival of Tropical Depression Grace has complicated the rescue and search efforts, increasing the impact of the earthquake in the country. LGBTQI community in Haiti is especially vulnerable to this tragedy as they are already highly marginalized by the health and social system, and are often mistreated by the humanitarian and relief services.

Who are we supporting?

To support this cause, we are collecting funds for LGBTQ members in Haiti directly affected by the 14th August earthquake. To ensure transparency and fast response we are sending the funds to OTRAH.

OTRAH is a Haitian Non-Governmental Organization (NGO) that has served the Haitian Transgender population since 2017 and provides health and education services to queer communities around the country. Their members are organising coordinated support for trans and queer members directly affected by the earthquake and who are in urgent need of support. You can find more information about OTRAH here: https://otrah.org/

We invite you to donate from 5 euros onwards, at this point, all the help is needed and well-received.

We are aiming to collect at least 5000 euros to support emergency relief. 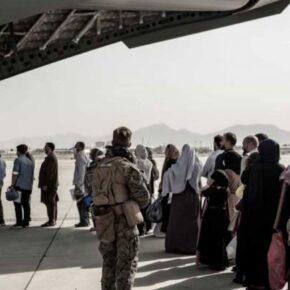