LGBTQ+ Nigerians benefit from advice and information from volunteer counselors on the Qtalk app, which is supported by Erasing 76 Crimes and the St. Paul’s Foundation for International Reconciliation.

Lesbian, raped by 3 men, struggles to deal with the trauma

Chinyere, a 22-year-old Nigerian lesbian who was raped by three men, says the experience has affected her psychologically. She is considering taking legal action but is scared of what might happen if she does. In her support request, she wrote:

“A few months ago, I was raped by 3 guys in my area. I know them. They said that I am a lesbian and that they wanted to change me. Since the incident, I have not been myself. I kept dreaming about it. They threatened me not to speak to anyone about it, else they will come for me, but I want them to pay for what they have done.”

In a response to her, her Qtalk counselor empathized with her, reminded her that the rape wasn’t her fault, and told her she had done nothing to deserve such wickedness. Chinyere was put in touch with a lesbian-focused organization in her state which has taken up the issue. In addition, Chinyere has continued to receive psycho-social support and seems to be doing better. 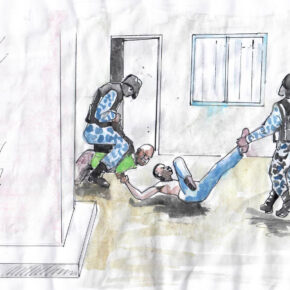