Locked in a court battle with the government of Jamaica, LGBTQ rights activist Maurice Tomlinson rejects repression by religious extremists and, at the same time, is amazed at why Jamaican Christians are so fascinated by what happens in his bedroom.

As a gay man I am always amazed how my private acts of intimacy excite so many Jamaican Christians! Their voyeuristic proclivities are really quite perplexing. Some of these “saved and sanctified” souls have even described in graphic detail what my husband of ten years and I supposedly do in our bedroom. But I am much too timid to try half the things that these sanctimonious peeping Toms propose. All I seek is consensual intimacy with an adult to whom I am romantically, physically, and emotionally attracted. That should sound familiar to heterosexuals because, while the mechanics of our sex may (sometimes) differ, our aim is the same: sexual fulfillment in a committed relationship.

This uncontroversial fact seems so alien to select “followers of Christ” that at every opportunity they bellow their support for the deadly anti-sodomy law. Yet, Christ said nothing about homosexuality and as Easter reminds us, he was harassed, persecuted and killed for denouncing religious leaders who used unjust laws to oppress the vulnerable.

Similarly, for half a decade I have been locked in a court battle with the government and nine extremist religious groups which want to use the archaic “buggery law” to persecute LGBT Jamaicans. Two recent reports of the highest human rights tribunal of the Western Hemisphere, the Inter-American Commission on Human Rights (IACHR) condemned the antediluvian statute that violates Jamaica’s international human rights obligations and has served as license for barbaric attacks against gay citizens.

My constitutional challenge to the law is therefore not just about rejecting the policing of my boudoir by church and state, it is more fundamentally about the right to life of every queer Jamaican.

The Jamaican government can end this sad spectacle and our international embarrassment by scrapping the archaic edict. Or, like Pontius Pilate our leaders will be complicit in the abuse and death of innocent people if they bow to the inhumane demands of religious extremists. 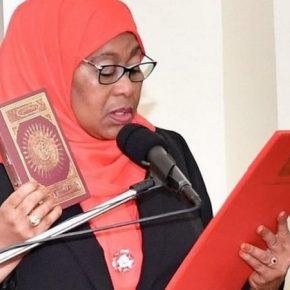