For 12 teenage boys, yesterday’s celebration of Youth Day in the city of Bertoua in eastern Cameroon ended with their arrest on suspicion of homosexuality.

Feb. 11, 2021, will remain unforgettable for 12 boys arrested and taken to the Nkolbikone police station after they were spotted kissing each other near the Grand Palace Restaurant in Bertoua.

Among the patrons at the restaurant was the top official (prefect) of the Lom and Djerem department, which has Bertoua as its capital.

The youths had gathered in Bertoua for a Youth Day fair organized by the Adventist College of Bertoua. Four of them had come from Douala in coastal Cameroon to take part in the festivities.

After patrons of the restaurant saw the boys kissing, a police squad seized the youths and took them to the police station, where they were beaten.

At 9:30 p.m., members of the LGBTQ+ advocacy group 2HRC and some of the youths’ parents went to the police station and arranged for eight of the youths to be released immediately. The four visitors from Douala were still being held. A lawyer contacted by 2HRC was working for their release.

Cameroon in the past year has seen a series of arrests of alleged homosexuals: 53 people in Bafoussam in June 2020, four men in Kekem in June 2020, a man in Ebolowa arrested in December 2020 after police caught a glimpse of a red thong he was wearing and two trans women including online celebrity Shakiro arrested in Douala on Feb. 8. 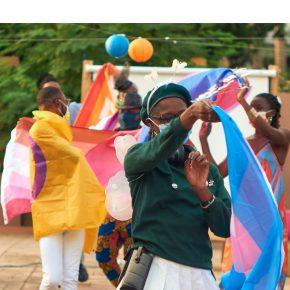