Charges have been dropped against 53 members of the LGBTI community in western Cameroon who were arrested last month for violating Covid-19 regulations.

Police arrested 53 LGBTI people (formerly reported as only 50) who gathered on May 17 in Bafoussam, western Cameroon, to learn about Covid-19 and to celebrate the International Day Against Homophobia, Transphobia and Biphobia (IDAHOTB or IDAHOBIT).

Supporters of human rights in Cameroon worked together to free the detainees, who had been arrested at a celebration organized by the LGBTI advocacy group Colibri.

Donors contributed 1 million CFA francs (about U.S. $1,694) to pay for the release of the detainees on May 19.

The money was collect through RAIL KPV a new network of  Cameroonians who recognize and work to uphold the human rights of LGBTI people.

No other charges are pending against those who were arrested. The case has now been closed.

During the May 17 celebration, a police squad raided the Oasis Hotel in Bafoussam, arrested everyone at the Colibri gathering and took them to the police station.

Among those arrested were gay men, trans women and lesbians. Some were minors.

They were accused of procuring, promotion of homosexuality and violations of public health regulations. Cameroon currently prohibits gatherings of more than 50 people in order to limit the spread of Covid-19. 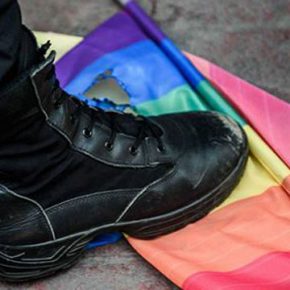