The 12 non-governmental organizations are asking EU member nations “to radically change the way they deal with Egypt and to finally address the unprecedented human rights crisis unfolding under [Egyptian President Abdel Fattah Al-] Sisi, according to Claudio Francavilla, advocacy officer for Human Rights Watch. He stated on Twitter that:

“The EU member states have failed to take meaningful action to address the situation, increasing instead cooperation on migration and security, and arms sales – and even rolling out the red carpet to award Sisi, despite being fully aware of his horrendous abuses.”

“The time of EU business as usual with Egypt must stop,” he stated.

Among other actions, the organizations propose that the EU:

We are writing ahead of the January 25th Foreign Affairs Council discussion on Egypt to raise our serious concerns, once again, about the human rights crisis unfolding in the country, and to urge the EU and its member states to take the long overdue steps needed to signal that Egypt’s disregard for human rights will no longer be tolerated.

As we near the 10th anniversary of Egypt’s 2011 revolution, the hopes for freedom and human rights-oriented reform that led Egyptians to take to the streets almost a decade ago, have been shattered by years of brutal repression and a relentless crackdown on any form of dissent. In a letter sent to you nearly one year ago, international human rights NGOs urged the EU to undertake a comprehensive review of its relations with Egypt given the sustained and unprecedented crackdown on human rights in the country. This request echoed previous calls by the European Parliament, most recently reiterated in a December 2020 urgency resolution responding to Egypt’s spiraling levels of repression and the arrests of prominent human rights activists. These repeated calls and the authorities’ increasingly brazen disregard for EU concerns on human rights, illustrate the urgent need for a thorough review of EU-Egypt relations.

2020 was a year marked by unprecedented challenges associated to the pandemic and the economic and political fallout that it created. Yet not much has changed in EU policy towards Egypt since 2019 and recommendations from human rights groups and the European Parliament remain largely unheeded.

Over the past year, the Egyptian authorities have used COVID-19 as pretext to grant further abusive powers to the President and to deepen restrictions on rights and freedoms. The authorities continued to arbitrarily arrest human rights defenders, peaceful activists, politicians and journalists – including some in reprisal for meeting with Western diplomats – added some to the terrorists list; brutally crushed the mostly peaceful demonstrations in September 2019 and September 2020; detained doctors, other medical workers, social media users and journalists for criticising the handling of the pandemic; detained and prosecuted women over morality charges, including rape victims and witnesses; subjected detainees and prisoners to inhumane conditions of detention, medical negligence and deliberate denial of medical care, leading or contributing to the death of dozens, if not hundreds, of prisoners in custody;  continued to arrest members of the LGBTI community because of their sexual orientation and to forcibly subject them to torture and degrading treatment including “anal tests” and “sex determination tests”; and continued to arrest and prosecute members of religious minority groups over blasphemy charges. The year 2020 saw an unprecedented hike in the number of judicial executions, while courts continued to hand down death sentences, often in trials that failed to meet basic international standards of due process, including mass trials. Due to a loophole in Egypt’s Child Law that allows children to be tried in adult courts, children are sometimes caught up in these mass trials and sentenced to death.

You are fully aware of the seriousness of the human rights crisis in the country, as shown by the item 4 statement at the 45th session of the UN Human Rights Council. Nonetheless, EU and member states have failed to collectively take any meaningful and sustained action to address the situation, preferring instead to compartmentalize the different aspects of the EU’s relations with Egypt while narrowing in on short-term policies geared at stemming migration and enhancing security cooperation. This has translated into occasional, yet often timid, EU statements on human rights, while leaders of EU member states continue to support Egypt’s deeply-abusive government by selling weapons, bolstering cooperation, and even conferring prestigious awards on President Abdel Fattah al-Sisi.

This lack of policy coherence undermines the EU’s credibility and prevents EU actions from addressing the core drivers of instability in the region, generated among other things by the brutal suppression of space for expression and dissent as well as the widespread impunity for human rights violations. Moreover, by signaling that Egypt’s human rights abuses will trigger at most minimal consequences, the EU’s approach risks further emboldening the Egyptian authorities’ sense of impunity for their abuses. This was clear in the brash confidence with which the Egyptian authorities clamped down on well-known human rights defenders including the leaders of the Egyptian Initiative for Personal Rights in November 2020 and the government’s continued efforts to hinder investigations into the abduction, torture and killing of Giulio Regeni.

We urge you to have a thorough discussion on these issues and give them the full attention that they deserve, starting at your January 25th meeting. Business cannot continue as usual with Egypt as long as the Egyptian authorities maintain their brutal crackdown on human rights.

The EU recently recommitted to advance human rights in foreign policy, as reflected in the new EU Action Plan on Human Rights and Democracy and the adoption of the new global human rights sanctions regime. Staying true to their human rights commitments, the EU and its member states should devise a unified, coherent and strategic policy towards Egypt, using all instruments at their disposal to address the human rights crisis in the country. This would be in line with the European Parliament’s call “on the VP/HR and the member states to respond in a unified and resolute manner, also in coordination with other like-minded partners, to the crackdown and human rights violations in Egypt, and to use all tools at their disposal to secure concrete progress in Egypt’s human rights record.”  More specifically, the EU and its member states should:

We stand ready to meet you any time in order to discuss these issues further, and remain at your disposal to provide any further information. 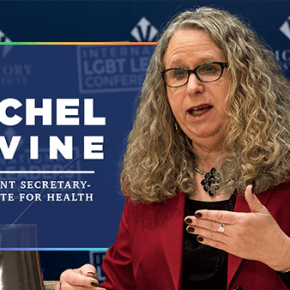