COMMENTARY. Prejudiced reporting sets the stage for the ongoing problem of Ugandan transgender women being harassed and stigmatized.

Ms Melanie Anyu, a human rights activist based in Mbale City in eastern Uganda, made the point in a recent interview: Too many media houses in Uganda “sow seeds of stigma and incitement towards LGBTQI+ people”, she said.  In doing so, they violate the ethical standards of journalism as well as common decency.

The country’s 42 million population is served by 192 radio stations and 66 television stations plus many newspapers and online publishers — a majority of which are owned, funded or otherwise have strong links to homophobic politicians or to faith-based institutions such as churches or mosques.

Anyu cited the example of a transphobic story published by the New Vision daily newspaper about a trans woman arrested in the town of Soroti. The headline was “Shock as Soroti hot babe turns out to be man, arrested”.

The story was about SilverJude Olaboro, a transgender woman in Soroti who was arrested after her transgender identity was revealed under yet-to-be-established circumstances.

Anyu said Olaboro was a trans sex worker who was most likely betrayed by one of her clients and now has become a victim of bad press.

“I have never met her directly, but my sources in Soroti told me that she is a trans woman”, Anyu said.

“She was not a de-toother [local slung for extortionist], as the reporter referred to her, but a sex worker”, Anyu added.

In the story (which is no longer accessible online), the reporter stated:

“It is alleged that Silver Jude Olaboro has been de-toothing Soroti men indiscriminately — from bodaboda guys, corporates, to government officials.”

When the story was shared on the publication’s Facebook page, it attracted a range of comments, including:

Last January, a story published by the daily Monitor newspaper also aroused anti-trans sentiments. The headline was “Shock as Kayunga Imam discovers his newly wed wife is a man”. The story was picked up by other media houses and became a talking point for weeks.

In Uganda, transgender persons are not directly criminalized under any provisions of law. They are however, denied legal recognition of their lived gender, which can cause difficulties in everyday life since their physical appearance would not necessarily reflect the same gender as their identification documents.

According to the 2019 report by the Uganda-based Human Rights Awareness and Promotion Forum (HRAPF), a total of 450 violations were committed against the various key population groups in Uganda, and 388 of these were human right violations committed by state actors. Out of the 388 human rights violations, 62 were against transgender persons.

Joto La Jiwe, the author of this article, is a Ugandan correspondent for the African Human Rights Media Network and a member of the Uganda Health and Science Press Association. He writes under a pseudonym 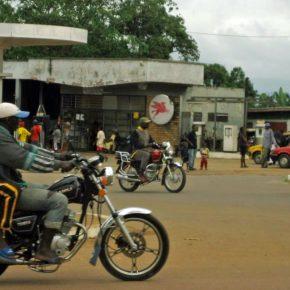 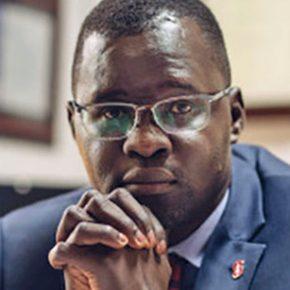