LGBTQI advocate Richard Lusimbo is one of six Ugandans recognized by the International Community of Women Living with HIV / Eastern Africa (ICWEA) for their outstanding role in fighting HIV-related stigma.

The recognition for Lusimbo came during a recent national dialogue in Kampala focused on elimination of HIV-related stigma and discrimination.

“If you want to engage the LGBTQI community, there is nobody going to take you there but him — Richard Lusimbo. He made sure that stigma and discrimination have no place in Uganda.”

She stressed that in a country where it is not safe for LGBTQI people to say who they are, HIV-related stigma and discrimination are the real killer because, for many, access to much-needed care and treatment is denied.

Mworeko blames Uganda’s discriminatory laws and policies for the high stigma and discrimination rates in the country, saying that it time to adapt, adopt and apply global guidelines and protocols.

In his award acceptance remarks, Lusimbo said is high time Uganda honoured its international commitments of leaving none behind.

“We belong to different communities but the issues we face are the same. What matters is that we are human beings”, he said.

Other honorees in addition to Lusimbo were Canon Gideon Byamugisha, Kuraish Mubiru, Awino Julie and Betty Kwagala. All these people have suffered from HIV-related stigma and discrimination and have consistently and unapologetically campaigned against it. 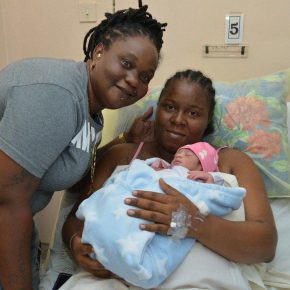