Politicians in Barbados put on a show of supporting LGBTI people, but act as though LGBTI rights are optional and dependent on popular sentiment.

From the moment Barbados’ Welcome Stamp initiative was rolled out and, after controversy over the exclusion of same-sex couples was addressed by Prime Minister Mia Mottley’s assurance that, “all are welcome,” I made no bones about stating that I was unimpressed by the move, and felt that there was much brake-checking on the issue of the LGBTI community and accepting and assimilating us into general society as we ought to be.

As time rolled along, I’ve continued to find myself thankful that I didn’t hold my breath as, weeks later, the Employment (Prevention of Discrimination) Bill 2020 was read and practically rushed through the House of Assembly and the Senate, then ultimately passed with no intention being indicated of protecting Trans and gender non-conforming people in the world of work (gender identity and expression were nowhere to be mentioned in the Bill, although sexual orientation was, thus covering lesbian, gay and bisexual people, among other divergent sexualities).

Such were the manoeuvres done with the Bill that almost immediately after it was passed, Parliament was prorogued for the summer and only reopened yesterday (September 15, 2020). Right out of the gate, the Government of Barbados, through Governor General Dame Sandra Mason’s Throne Speech, resumed the practice of double-talking, brake-checking and dancing around the issue of making good on its promise to observe and protect the human rights of all of its citizens and residents regardless of who they are.

In the Throne Speech, Dame Sandra was quoted as giving a nod to recognising civil unions between same-sex couples, but making emphatically clear that she was not OK-ing marriage, insisting instead to put the issue to a public referendum vote.

Please bear in mind, the Government of Barbados is yet to address the fact that there are still laws on the books which punish same-sex couples with up to life imprisonment, and which only serve to humiliate and upend the lives of people who, if they were to obey these laws, would be stripped of any means of effectively showing the depth of their love and affection for each other.

As one friend put it when I laid it all out, it would almost appear as if the Government was slyly seeking to trap unsuspecting people by creating a situation where they would initially feel at liberty to be with their loved one and engage with them as they deem fit, but then prosecuting them and punishing them for doing what would only come naturally in such a relationship.

Imagine inviting a foreign couple to live and work in Barbados, getting them to invest thousands of dollars paying various immigration fees in order to have their family live here with them, and of course pump even more money into our economy as they purchase homes, cars, furniture, food and handle other expenses while they live here. You make it emphatically clear that their relationship is welcome here, but then the police get a call from a nosy neighbour complaining that they’re hearing loud noises from the home, or they passed the house and noticed what was going on through an improperly closed blind, or walked in to visit and caught the couple by surprise. That couple now become the subject of a criminal investigation and find themselves hauled before a magistrate, to be charged, tried and convicted for something which, had either party been of the opposite sex, would never have been of much interest to the police even if they were caught in a sedan parked in a public area.

To make things worse, after conviction, the couple now have a record which can severely impair their chances of being able to work in Barbados or, even cause their Welcome Stamp to be steamed off as they’re deported.

Effectively, the Government of Barbados is saying, “We’re willing to acknowledge that you two love each other, but we’re still going to put you in jail if you show that love to each other!”

Years ago, when my mother (rest her soul) was a teenager, the Government of Barbados ratified the American Convention on Human Rights, recognising the jurisdiction of the Inter-American Court on Human Rights (IACHR) and the authority of its rulings and advisory opinions. About three years ago, the IACHR advised that, based on the provisions of the American Convention on Human Rights, LGBTI couples were not hindered in any way from achieving and enjoying the milestones which non-LGBTI people took for granted. This included marriage and the resulting family life which a marriage may build.

By giving a curt nod to civil unions but locking up on the issue of marriage is a defiant effort to violate an arrangement which the government willingly entered into. It is no better than ordering the steak, eating it and flatly refusing to pay the bill when it arrives because you didn’t like how it tasted.

Furthermore, proposing to put the issue to a public referendum vote (where a poorly sensitised public is expected to weigh in on something they do not properly grasp) is also tantamount to insisting that the decision on whether to pay the restaurant bill should be left to a group of people on the sidewalk who have never eaten at the place and could never afford even a bottle of wine on the menu! They will invariably say, “No, don’t pay it. Just go,” if not argue that the bill should be significantly less than what the meal was worth.

Likewise, with much of the Barbadian public being whipped into a frenzy over blatantly misleading fallacies and misconceptions about LGBTI people, mostly pushed by religiously-minded factions, a vote to determine whether same-sex couples can wed would be met with a resounding “no,” or arguments that LGBTI couples should be given significantly less acknowledgement of their relationships in law.

What makes the issue most exasperating to me is the indiscriminate throwing around of the word “referendum,” which conveniently only pops up when LGBTI issues are raised. The issue of decriminalising sexual intimacy between same-sex couples was once said to have to go before a referendum before any change to the law was considered. An attempt was made in discussions to steer the conversation towards referenda when employment protections for LGBTI people came about.

Now a referendum is proposed as it relates to acknowledging same-sex relationships as being en par with heterosexual relationships. Funnily enough, there was no concern about needing a referendum when domestic violence laws were being amended to be gender neutral (granted, the possibility of those amendments protecting LGBTI couples was not thought of until late in the process).

When the Government of Barbados sought to implement new taxes (Municipal Solid Waste Tax and New Social Responsibility Levy), discontinue or alter taxes (now levied as a contribution fee on water bills) and annual Road Tax (which is now levied as a portion of the per-litre price at the pump), the word “referendum” hardly got a mumble out of anyone’s mouth.

Those moves were seen as necessary to preserve the economy or to protect vulnerable groups from abuse. It would appear that the Government doesn’t see any real economic benefit to allowing LGBTI people to work and take care of themselves, or a necessity to protect a vulnerable group from abuse or exclusion in ensuring that no LGBTI person is discriminated against and that all milestones in life can be enjoyed regardless of the sex of the person waking up next to you.

From the Government’s recent behaviour, it is clear that they are interested in engaging in performative activity for the sake of looking progressive, when really it is all a veneer to cover the attitude that not all of its citizens and residents deserve to live their life to the fullest of their dreams and wishes.

As I said at the beginning, I was unimpressed when I heard about the Welcome Stamp initiative, and at this point, considering the latest development, I now stand even less impressed than I was two months ago. My human rights and those of every other LGBTI person who has ever set foot in this jurisdiction are not accessories to be picked and chosen at will to create an ensemble that looks good. Like your heart, brain, eyes and ears, they are vital organs required to ensure functionality and life and, if any one of them were to go wrong, there would be considerable distress to experience.

Barbadian trans advocate Alexa D. V. Hoffmann is the founding director of Trans Advocacy & Agitation Barbados (TAAB), chairwoman of the United Caribbean Trans Network (UCTRANS) and a member of the Latin American and Caribbean Network of Trans Persons (RedLacTrans). In 2018, she and two other Barbadian activists launched a legal challenge against the nation’s anti-sodomy law. She also manages the Rainbow Caribbean page on Facebook. 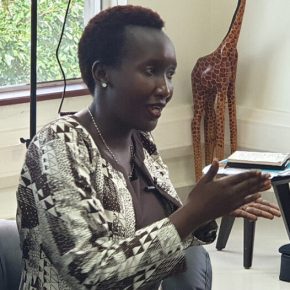 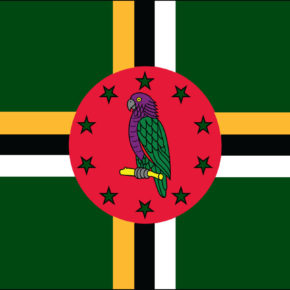