In Iran, politicians and social media expressed outrage, while the conservative Mashreq News suggested that a government aide could be imprisoned for 10 years for sharing an online poster that included same-sex couples in a promotion for the International Day of Families. (See below.) 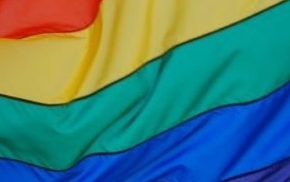 Iraqi political leaders have issued condemnations and called for the expulsion of diplomats following a decision by a number of foreign embassies in the country to fly the rainbow LGBT flag in honour of International Day Against Homophobia.

The European Union, the World Bank and the Canadian and UK embassies all raised the flag on Sunday, a date that commemorates the day in 1990 when the World Health Organisation (WHO) removed the designation of homosexuality as a mental illness.

Iraqi politicians across the spectrum slammed the embassies’ decision in response. Although homosexuality is not illegal in Iraq, the subject is highly taboo in the country.

On Sunday evening, the Iraqi Foreign Ministry issued a statement saying that homosexuality went against “the noble morals of all divine religions” and said all missions in Iraq had to “adhere by the laws of the country, and to follow diplomatic norms”.

The influential Shia cleric Muqtada al-Sadr joined in the fray, too, condemning homosexuality as a “mental illness” and calling for Iraqi embassies in European countries to raise the flags of Muhammad and Jesus in response.

Sadr had previously claimed that coronavirus pandemic was a punishment sent by God in response to LGBT marriage equality.

Hadi al-Ameri, leader of the Badr Organisation and the Fatah coalition bloc in parliament, called for the expulsion of diplomats….

Amir Ashour, executive director of the IraQueer organisation, which pushes for LGBT rights in Iraq, told the Rudaw news network that the political leaders were wrong to brand homosexuality as alien to Iraq.

“We believe that diversity exists everywhere. The recognition of the LGBT+ community in Iraq, an important and valuable part of the society, is not a western export,” he said.

Rasan, a pro-LGBT human rights group based in the Kurdish region, also praised the move by the embassies to raise the flag. Some Iraqis also issued gestures of support on social media.

Others pointed out the hypocrisy in politicians getting angry at the LGBT flag being raised while saying nothing about the ongoing repression against anti-government protesters.

“They do not respect the traditions and customs of the state, because some of the clergy and the state are disrespectable, thieves and killers,” wrote Ahmed Fawzi, an actor and researcher with the Albasheer Show.

Members of Iraq’s LGBT community have repeatedly been attacked and murdered in the past. Human rights organisations have documented LGBT abuses by militias, including the Mahdi Army, Sadr’s former military arm. …

In 2016, Sadr said that although he was opposed to homosexuality, he was also opposed to violence being meted out against gay people and cautioned his followers against attacks.

The former aide for women’s and family affairs in Iran has been forced to apologise for sharing an innocent cartoon that was branded as “homosexual propaganda”.

On May 15 Shahindokht Molaverdi [an aide to the president of Iran] shared a poster to mark the International Day of Families on her Telegram account. Produced by the UN, the simple illustration depicted several families, including two same-sex couples with children.

Beneath it the caption read: “The structure of family has changed in the past few decades, but the United Nations still considers it as the main division of society”, adding that it is important to “support vulnerable families at times of crisis.”

The sentiment sparked outrage in the strictly conservative Muslim nation, which punishes homosexuality with the death penalty.

Pro-Iranian regime social users took to Twitter to slam Molaverdi, accusing her of promoting homosexuality by spreading “homosexual propaganda” on an official channel.

Conservative lawmaker Alireza Zakani demanded that President Hassan Rouhani condemn “this collapse of morality or lack of a minimum understanding of the notion of the family”.

And the hardline Iranian news outlet Mashreq News questioned the legality of Molaverdi’s post, pointing out that under the Islamic Penal Code any action that contributes to the spread of homosexuality is considered the same as encouragement to prostitution, and is punishable by up to ten years in prison.

The backlash was so strong that Molaverdi removed the controversial image and was forced to issued an apology for “carelessly republishing a post.” It’s not clear whether she was aware she was sharing an LGBT-inclusive poster.

The level of outrage against a simple cartoon reflects Iran’s shocking record on LGBT+ rights. Testimony from LGBT+ Iranians reveals that sexual minorities are “hounded on all sides” by a state whose laws are stacked against them.

Authorities periodically crackdown on LGBT+ people in the country, and last year Iran’s foreign minister proudly defended the execution of homosexuals on the basis of “moral principles”. 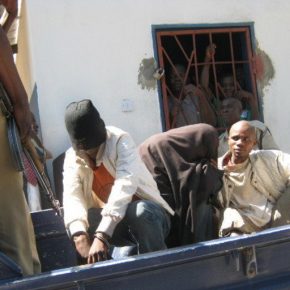