The LGBTI advocacy group Camfaids has secured funds to reopen its safe house in Cameroon even though Camfaids has not yet found a suitable new site for it.

The previous shelter / safe house was closed Nov. 6 at a time when Camfaids had run out of funds for the project and was in arrears in rental payments, Camfaids president Michel Engama said.

The landlord insisted on moving new tenants into the site, so Camfaids vacated it even though Camfaids had received unofficial assurances that the funding would be resumed as well as a private donation to cover expenses in the short term, Engama said.

The last seven short-term residents of the shelter were relocated temporarily to rooms at Camfaids headquarters.

The primary supporter of the shelter was and is the City of Geneva, Switzerland, with oversight provided by LGBTIQ-friendly attorney Saskia Ditisheim of Lawyers Without Borders Switzerland.

For the long term, Camfaids is seeking additional funding that would allow construction of a permanent, secure shelter to replace shorter-term leases.

Starting in early 2017, the shelter served LGBTI victims of family rejection and violence based on their sexual orientation or gender identity. It has sheltered about 100 people, including some living with HIV-AIDS who received comprehensive medical care. Through the site, Camfaids provided psycho-social counseling, food, medical care, support with social reintegration and encouragement/empowerment. 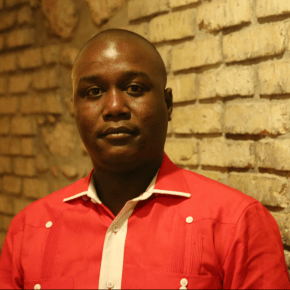