A Ugandan has been nominated to a leadership position at the Inter-Parliamentary Union a year after Uganda persuaded the IPU never to discuss LGBT rights.

Esther Anyakun, a Ugandan member of parliament, has been nominated to serve on the decision-making executive committee of the Inter-Parliamentary Union (IPU), one year after Uganda led a successful effort at the previous IPU summit never to have a discussion of LGBT rights on the body’s agenda again. Anyakun would serve for two years.

The ongoing 141st IPU Assembly in Belgrade, Serbia, is attended by Uganda’s homophobic speaker of parliament, Rebecca Kadaga, who is pushing Anyakun’s nomination.

Uganda’s delegation has also made efforts to strengthen ties with Middle East, African and conservative Arab countries in order to assure that the IPU will never again discuss LGBT rights.

The action at the IPU may also influence the United Nations General Assembly, where IPU is a permanent observer.

Members of the IPU governing council will elect the executive committee on Oct. 17.

The Inter-Parliamentary Union is a global inter-parliamentary institution established in 1889 by Frédéric Passy (France) and William Randal Cremer (United Kingdom). It was the first permanent forum for political multilateral negotiations. Initially, the organization was for individual parliamentarians, but has since transformed into an international organization of the parliaments of sovereign states — the national parliaments of 178 countries. The IPU has permanent observer status at the United Nations General Assembly

Uganda’s Parliament’s official website is reporting that Anyakun was nominated to the position by Kenya MP Hon. Jacqueline Oduol and seconded by Nigeria’s Hon. Zakariyau Mohammed Galadim, who said Uganda had a formidable legislative agenda for the Africa region.

Back home, a number of Ugandan officials are planning to reintroduce for consideration before parliament a new Anti-Homosexuality Bill that would provide the death penalty for consensual same-sex love.

Parliament’s official website notes that Hon. Anyakun acknowledged the support from Kadaga and other Ugandan MPs as well as other African legislators, saying the solidarity showed promise of good working relations in pushing Africa’s legislative agenda to the world.

“On the Executive Committee, many proposals are made that are approved by the Governing Council of the Inter Parliamentary Union and sent to the member Parliaments for debate and adoption: so this is something we want to take advantage of,” said Anyakun.

She also said that Uganda was going to take the opportunity to promote the institution of day-care centres in Parliaments across the world, so as to ease the work of female legislators and staff who are nursing babies.

“Parliament of Uganda has a wing where lactating mothers can easily take care of their babies without the inconvenience of having to go back home to do that. This is one thing we will encourage all Parliaments around the world to take up,” Anyakun added.

She listed other areas for consideration as including climate change, education, child labour and terrorism among others, which she said ought to be urgently addressed.

About last year’s IPU ban on LGBT discussion on agenda

Last year’s  Ugandan delegation to the IPU summit in Geneva, led by Kadaga, headed up the move against what they termed a well-orchestrated move led by Canada and Belgium, which lobbied many delegates to vote in favor of the motion.

Ugandan Parliamentarians paid tribute to Kadaga for what they termed “consistently upholding and protecting Uganda’s cultural values” in her “win” at the IPU summit.

The statement further noted that the Ugandan delegation was supported by mainly representatives from China, Russia, African and Arab parliaments.

The LGBT agenda had been presented to the Assembly to be debated as an emergency item for the next 140th IPU Assembly. IPU President Gabriela Cuevas Barron put the matter to a vote by member states.

The question put was on whether the standing Committee on Democracy and Human Rights should hold a panel debate that would lead to a resolution entitled, “The role of Parliaments in ending discrimination based on sexual orientation and gender identity and ensuring respect for the human rights of LGBT persons”.

Last year, 689 MPs voted against the proposal while 499 legislators voted for the proposal.

The news release further indicated that Uganda’s Speaker Kadaga, who was visibly excited after the results, assured Ugandans that they would continue to fight against what she termed uncivilized and un-Christian behaviors.

“I am so happy that this battle has finally been won. It started in St. Petersburg in Russia when they attempted to smuggle this same item but today we have made a final vote that will prohibit the issue of LGBT from appearing on the IPU agenda,” she said last year. 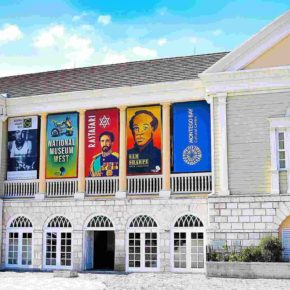 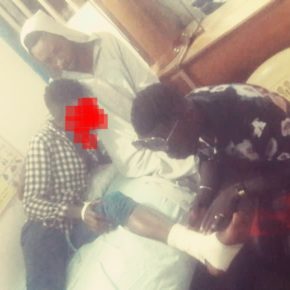