A Zambian member of parliament failed in an attempt to ban political parties that favor LGBT rights. The motion targeted the opposition UPND party, which is accused of taking that position but denies it.

The Lusaka Times published this article, which is reprinted here in abridged form:

Tempers flared among Opposition Members of Parliament after Mr. Malama mentioned that the UPND is among the 30 political parties that are affiliated to the African Liberal Network.

[Editors’ note: This network of dozens of African political parties declares in its manifesto that “Africa’s long-term development can only be assured when political and civil rights are secured for all people.”]

Mr. Malama said Zambians cannot allow political parties to introduce liberal values in the country, [such as the decriminalization of] homosexuality.

Mr. Malama said that Zambia is a Christian nation and people must not subscribe to such liberal values.

Meanwhile, Leader of the Opposition Jack Mwiimbu said a similar pattern of accusing political opponents [of supporting] gay rights, failed in the past.

However, First Deputy Speaker of the National Assembly, Catherine Namugala had a tough time trying to calm the two sides as Mr. Malama debated.

The motion however lapsed because of time. 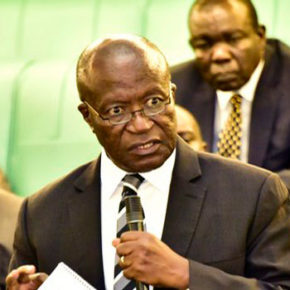