Zambia is in an uproar over an opposition party’s alleged support for gay rights.

The controversy seems to be the latest example of a frequent political tactic in homophobic African countries — accuse the opposition of supporting LGBT rights.

The more prevalent position in Zambia is that the country is Christian, which to many Zambians means that it is opposed to homosexuality. Under Zambian law, same-sex intimacy is punishable by a prison sentence of 15 years to life.

Even after the UPND denial, an anti-UPND commentary claimed that a youth spokesman for the UPND was saying:

‘We as UPND youths we wish to state that despite President HH FULLY supporting gay rights, he remains an elder at the Seventh Day Adventist (SDA) and therefore a Christian.

President Hichilema is of the view that gays and lesbians are part of us and must be allowed to do what they want.

Zambia does not belong to Christians only. We have Muslims, Hindus and many other religions so we should seek to respect people’s choices of what they want to be.

As youths of the UPND we endorse President HICHILEMA”s stance and ask well meaning Zambians to fully respect rights of gays and lesbians people.

We stand UNITED for gays and lesbians.’

That statement was quoted in a critical commentary in which the author responded:

“Now, ladies and gentlemen, what sane politician would make such a statement? This is akin to putting out a fire using petrol, a most foolish thing indeed.”

For more criticism of the UPND’s alleged position on gay rights, see the full commentary “UPND’s Panicking over HH and his alleged support for Homosexuals further Exposes the Party’s Duplicity.” (Sept. 27, 2019, Lusaka Times)

Other responses have included: 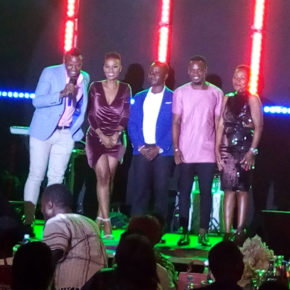