Ugandan protest for HIV+ rights during the HIV Law Coalition media briefing on Sept. 12 at the Fairway Hotel in Kampala. (UHSPA photo)

At a media briefing in Kampala, the members of the HIV Law Coalition, a consortium of 32 human rights organizations, on Sept. 12 called for repeal of those laws and also appealed to the country’s Constitutional Court.

They asked that court to fast-track a hearing on Petition 24 of 2016, filed by the activists in response to sections of the 2014 HIV/AIDS Prevention and Control Act.

At the centre of contention are clauses in the HIV Act that allow mandatory testing and disclosure of people’s HIV status and that criminalise intentional spread of HIV. 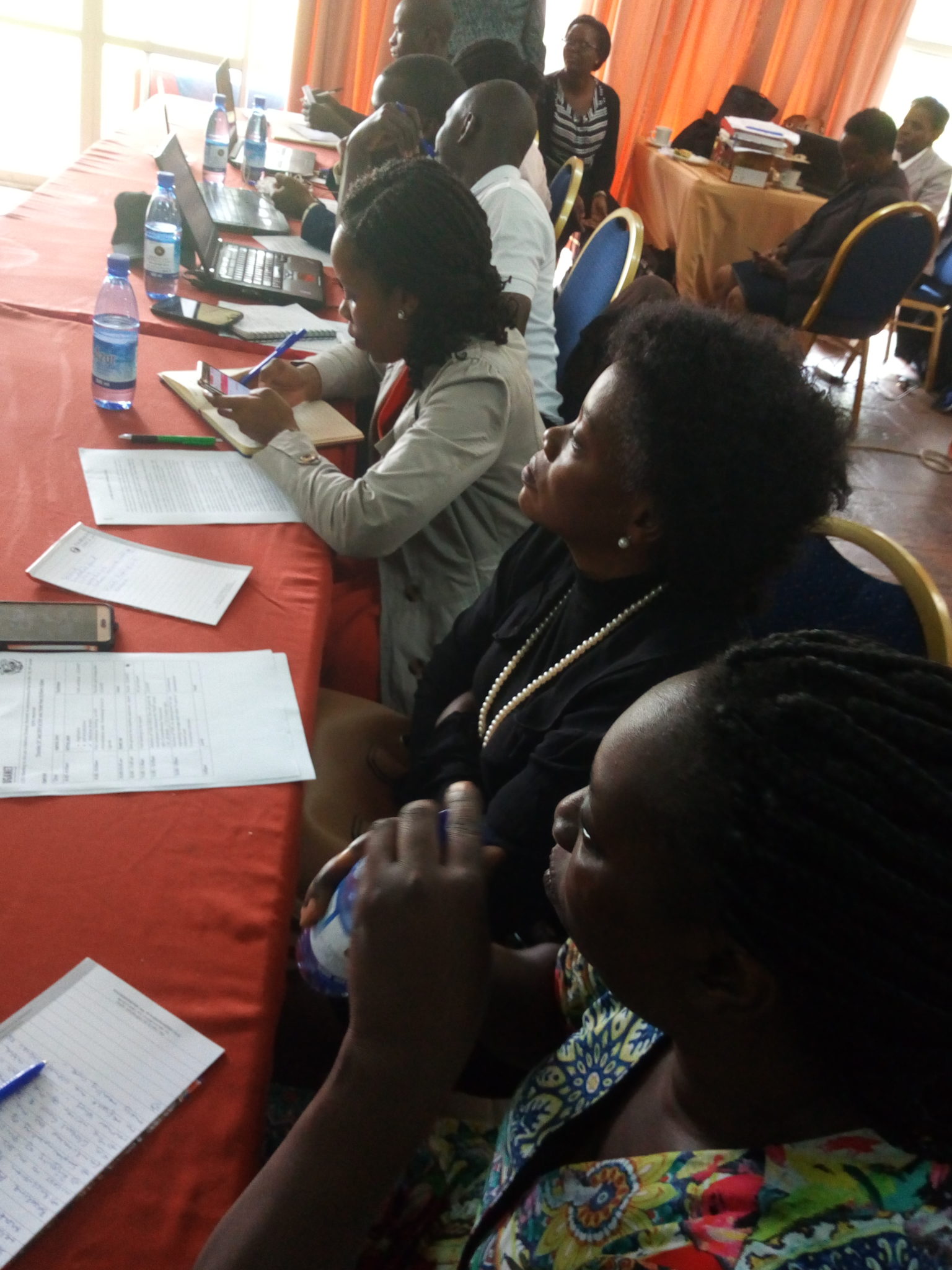 “Some of the laws are unfair, vague and will encourage trumped-up charges,” Dorah Kiconco, the executive director of Uganda Network on Law, Ethics and HIV/AIDS (UGANET), said in a statement.

HIV activists believe the country “cannot reach epidemic control with HIV criminalization,” she said. “Human rights and dignity need to be accorded to all.”

The activists’ concerns come amid an increase in a number of cases of alleged intentional spread of HIV in the country. (For example, “Court releases woman who was wrongfully jailed for premeditated HIV infection,” Sept. 19, 2019, SoftPower. Also, “Rosemary Namubiru v. Uganda,”, 2014, Global Health Rights.)

For years, people living with HIV in Uganda have put up a spirited fight against stigma and discrimination at both societal and institutional levels. Some cabinet minister are on record calling HIV positive persons “morally bankrupt” because the “went looking for it.”

This has filtered through to national policy where the country has for years favoured the ABC strategy (Abstain, Be faithful or Condom use). However, the country’s pandemic has kept outpacing national efforts.

In Uganda, some jobs openly discriminate against HIV-positive people out of fear of catching the disease. Most house maids must undergo HIV testing in order to be employed.

In 2010, LGBTI rights activists filed a petition with the Ugandan parliament contesting exclusion from health care on the basis of sexual orientation, gender identity and/or gender expression.

Kikonyogo Kivumbi (right) leads a Ugandan LGBT delegation to parliament in 2011 to deliver a petition on inclusion in HIV services. (UHSPA photo)

Uganda has a good chance of controling the HIV epidemic with help from increased funding from PEPFAR and the Global Fund. But civil society organisations worry that the country’s political leadership lack the will to end HIV because it is seen as an infection of morally wanting people. (See “Uganda faces ‘a crisis of political will’ in fight against AIDS,” August 2019, RightsAFrica.com)