In India, queer Hindus, queer Muslims and others are at odds over the Indian regime’s decision to expand its control over the Jammu and Kashmir region.

A commentary in OpIndia.com stated:

“The LGBT community has a special reason to celebrate the abolition of the provisions. Until yesterday, homosexuality was still a criminal offence in Jammu & Kashmir since the state had a separate constitution. Thus, an advocacy and support group, the Queer Hindu Alliance (QHA), posted a tweet celebrating the historic event.”

The tweet stated, “From Kashmir [in the north] To Kanyakumari [in the south], India Is One.”

But the QHA “was subject to a vicious attack by an online mob which comprised primarily of people from the LGBT community. QHA was disowned by them and it was claimed that they do not represent the LGBT community,” the essay by OpIndia.com staff added.

The essay argued that members of the LGBT community are wrongheadedly allying themselves with “radical Islam” by opposing the decision to revoke Article 370 of the Indian constitution, which granted special status to the state of Jammu and Kashmir:

Indeed, it is quite perplexing that people from the LGBT community are disowning and attacking one of their own for its support toward a government decision which means homosexuals cannot be prosecuted anymore in Jammu & Kashmir. It does appear that people from the LGBT community care more for the prosperity of Radical Islam than their own rights.

The continued support of toxic elements of the Muslim community by the representatives of the LGBT community is rather bewildering. It is well known that when Radical Islam thrives, homosexuals usually end up being thrown off rooftops or stoned to death.

In contrast, the Queer Muslim Project argues that any LGBT celebration of the new status of Kashmir “pinkwashes the ever going struggle of Kashmiri people against grave injustice, violence and oppression – a struggle that has impacted generations after generations of Kashmir. …

“We, as queer, transgender and nonbinary individuals from a religious minority in India, know what it feels to be unheard and pushed to the extremes of marginalisation. We are afraid that the current situation is just a preface to further violations of rights.”

It is unfortunate to see so many people ‘celebrating’ revocation of Article 370. Many LGBTQ+ individuals and groups in India have gone ahead and issued statements of praise for the act. Such a position appropriates the voices of queer and transgender people from Kashmir while creating a smokescreen of rainbow solidarity. The celebration is ripe with false national pride, misplaced sense of justice, and lack of empathy for those who are suffering. It is irrational to assume that any one aspect of Human Rights is more important than others.

We know and understand that sexual and gender rights are important. All of us have been part of that struggle and continue to work towards an inclusive society. However, this context is being used as a reason to celebrate the current situation in Kashmir. We need to ask ourselves – can we accept and celebrate the gross violation of basic rights, which in this case, includes Right to freedom of expression, freedom to protest and the freedom to be heard?

Effectively, the stand of celebration by a section of the queer community on the pretext that the LGBTQ+ community from Kashmir will enjoy greater freedom for their sexual and gender expression now, pinkwashes the ever going struggle of Kashmiri people against grave injustice, violence and oppression – a struggle that has impacted generations after generations of Kashmir. A struggle that we can’t even fathom. It is inhumane to assume that one group will have access to human rights while the larger community is silenced.

Many of us might not share the same experiences as our LGBTQ+ friends in/from Kashmir. We express our deepest solidarity and love towards those resisting, struggling, those who cannot contact their families and friends, those who are unsure about what the future holds and those who have been denied the right to express their opinion. Resistance and struggle against all forms of oppression and marginalisation is important.

Our contention is to not mistake one right bigger than the other. We, as queer, transgender and nonbinary individuals from a religious minority in India, know what it feels to be unheard and pushed to the extremes of marginalisation. We are afraid that the current situation is just a preface to further violations of rights. The same process can be used by those in power to curb any rights of anyone in the future. But, we are hopeful.

We have a firm belief in the values of the Indian Constitution and we sincerely hope that there are people out there who believe in the values of equality and freedom. We will all create solidarities, we will all rise in hope and urge every one to hold on to the spirit of empathy and not accept, much worse, celebrate the injustices around us. 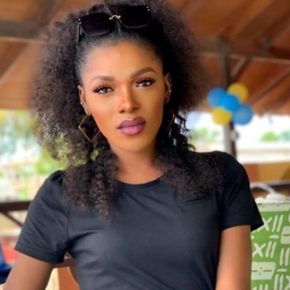