Ugandan activists are seeking international support for a petition to Simon Lokodo, the homophobic Minister of Ethics and Integrity, urging him to stop violating the LGBTIQ community’s right to peaceful assembly.

The petition comes from the advocacy group Sexual Minorities Uganda (SMUG) as LGBTIQ rights activists prepare for next month’s scheduled Pride celebrations, even though Lokodo and Ugandan police have disrupted many similar events in the past.

As part of the petition, SMUG prepared an account of some of the previous violations of Ugandans’ right to assembly:

STOP the violation of Ugandan LGBTIQ right to peacefully assemble

In 2012 Ugandan Ethics and Integrity minister raided a gay rights conference and demanded that one of the organizers be arrested for insulting him. Hon. Simon Lokodo was accompanied by police to a hotel where he told activists their workshop was an “illegal assembly” and ordered them out.

On August 4, 2016 – the third night of the week-long Ugandan LGBTIQ Pride celebrations – a vibrant pageant underway at Kampala’s Club Venom to crown Mr/Ms/Mx Uganda was brutally and unlawfully raided by the Uganda Police Forces officers.

Police claimed that they had been told a “gay wedding” was taking place and that the celebration was “unlawful” because police had not been informed (police in fact had granted prior permission for the celebration and were fully aware). The police locked the gates of Club Venom, arrested more than 16 people — the majority of whom are Ugandan LGBTIQ rights activists —and detained hundreds more under gun point for over 90 minutes, beating people, humiliating people, taking pictures of LGBTIQ Ugandans and threatening to publish them, and confiscating cameras and phones.

In 2017, Pride was crashed. Despite significant efforts by the community to engage with the authorities, the Minister of Ethics and Integrity Hon. Simon Lokodo threatened the movement specifically SMUG leadership with arrest, violence, and police presence at the intended Pride venues. Lokodo has repeatedly interrupted, shut down and continued to do everything in his power to intimidate, coerce and invade basic human rights to Ugandan LGBTI persons, the very rights that are inherent and engraved in the Constitution of the Republic of Uganda according to Article 29 . Organizers had no choice but to cancel the festivities. The entire community was still traumatized after the violent response to Pride in the previous year and did not want to risk a repeat incident. 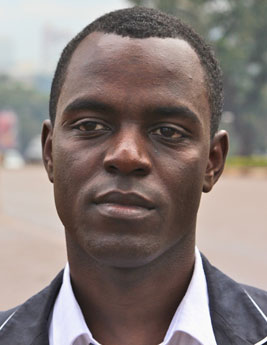 In 2018 Lokodo blocked the first ever Key Populations conference that was organized to address the HIV/AIDs scourge. “My duty is to stop anything that will position the moral fabric of Ugandans. I realized that there was something dirty when I saw leaders of the conference like Nicholas Opiyo of an organization known as Chapter Four and Frank Mugisha of Sexual Minorities Uganda (SMUG),” Mr Lokodo said, adding that the two are people of high declared position in support of homosexuality.

Closure of IDAHOBIT — Lokodo ordered heavily armed police to close the event terming it an exhibition and promotion of homosexuality in Uganda. These instructions are unlawful and should not be enforced.

Stopping LGBTIQ focused events is a blatant violation of these rights and freedoms, and a failure of the State to fulfill its obligations to protect, respect and fulfill the rights of its citizens. We note with concern that these violations are occasioned by the Uganda Police on the instructions of the Minister of Ethics and Integrity, who has publicly declared a war against what is termed as exhibition and promotion of homosexuality in Uganda. These instructions are unlawful and should not be enforced 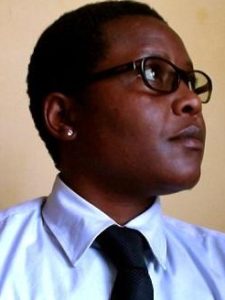 This is a direct attack on LGBTI citizens’ right to peacefully assemble,” stated Pepe Julian Onziema, SMUG’s Programs Director/In-charge of Advocacy. Ironically this comes as SMUG marks the 10th anniversary of our ‘Let US Live in Peace’ campaign held in 2007. It is heart drenching that we are still saying the same today. Let us live in peace.

Earlier this year while attending the monthly Social Friday gathering at Freedom And Roam Uganda-FARUG offices, some LBQ women were arrested and temporarily detained at the local police station where officers ridiculed them and called them all sorts of derogatory names . They were not charged with any offense and were released when the FARUG Communications Officer stood surety for them.

While organizing International Women’s Day celebrations, this year organizers approached the chairman who sits at the local police station to notify them about the women’s day celebration at FARUG offices in accordance with the public order management act. The chairman okayed the event. A police officer joined the conversation uninvited and alleged he received “orders from above” to stop all LGBTIQ related gatherings “because such gatherings are gay weddings”.

The police continually cite the Public Order Management Act and the Penal Code section 145, both which allow for tyrannical authorities to abuse and violate the human rights of LGBTIQ people in Uganda.

This petition is made on behalf of Sexual Minorities Uganda (SMUG).

More about the work of SMUG:  https://sexualminoritiesuganda.com/

Quick history of Uganda Pride from this blog: