Apologetic U.N. officials have joined international calls for the release of two LGBT rights activists in Malawi who helped organize protests alleging that Malawi’s May 21 election was fraudulent.

The appeal from the U.N.’s anti-AIDS agency, UNAIDS, expressed regret that a financial disgreement between the agency and a Malawian advocacy group was cited as a reason for the arrests.

The international appeals focused on Gift Trapence, the leader of the country’s main LGBTI rights organization, the Centre for Development of People (CEDEP), and the Rev. Macdonald Sembereka, a prominent Anglican priest and anti-AIDS activist. Both of them were arrested July 9.

Sembereka is the executive director of The Mango Network, a coalition of Malawian non-governmental agencies.

Both men also belong to the local Human Rights Defenders Coalition, which led the protests. Sembereka is a member of that coalition and Trapence is its co-chairperson.

The appeals for the men’s release came from many international advocates of health and human rights, including Amnesty International and UNAIDS.

UNAIDS regrets unnecessarily involving the authorities in Malawi in its outstanding issue with the Mango Network. UNAIDS and the Mango Network have amicably reached a resolution over the issue. UNAIDS has not engaged in any legal action and believes there is no need for any legal action. UNAIDS respectfully requests the immediate release of the two members of the Mango Network, Mr Gift Trapence and Mr Macdonald Sembereka, from police custody.

UNAIDS is strongly supportive of the full empowerment and engagement of civil society organizations in the AIDS response. It looks forward to continuing its partnership with community and civil society organizations in ensuring that all people affected by HIV have access to HIV prevention, treatment and social support services and that their human rights are protected.

Face of Malawi reported that on Wednesday morning, police moved the two men from Lilongwe Police Station, where they spent a night, to Area 30 Police Headquarters. The publication added, “The two appeared before Lilongwe Magistrate Court [Wednesday] afternoon for formal charges and bail application. The court is expected to rule on the bail application on Friday. The development means the two will spend two more nights in the police cell.”

In response to the arbitrary arrest on allegations of fraud of two of the key figures involved in organizing post-election demonstrations in Malawi, Muleya Mwananyanda, Amnesty International’s Deputy Director for Southern Africa, said:

“These charges are a ploy to harass and intimidate the two activists and force them to end the ongoing post-election demonstrations.

“Malawian authorities must immediately and unconditionally release them and stop clamping down on the rights to freedom of expression, peaceful assembly and association.

“Organizing and participating in peaceful protests is not a crime. Authorities must stop targeting dissenting voices and using politically motivated charges to suppress differing views. The rights to freedom of expression, peaceful assembly and association must be fully respected, protected, promoted and fulfilled in Malawi.”

Police arrested Gift Trapence – Vice Chairman of the Human Rights Defenders Coalition – and McDonald Sembereka – a coalition member – on 9 July following days of demonstrations after the disputed election which were held on 21 May.

The demonstrators are calling for the resignation of the Chairperson of the Malawi Electoral Commission, Jane Ansah, accusing her of mishandling the election.

Major cities such as Lilongwe, Blantyre, Mzuzu and Rumphi have been the scenes of post-election protests since the disputed election results in May. President Peter Mutharika has dismissed the protesters as nothing but people hellbent on making Malawi a “lawless state”.

We are human rights and health organizations gravely concerned by the arrest on July 8 of Mr. Gift Trapence, the Vice-Chairperson of the Human Rights Defenders Coalition (HRDC) and the Executive Director of the Centre for the Development of People (CEDEP), a Malawian civil society organization.

We are calling for the immediate release of Mr. Trapence from detention.

There is no basis on which to detain Mr. Trapence. He is being charged with operating an unregistered NGO without the permission of the NGO Board, a low-level charge subject only to a fine.

We are concerned that the charge of unlawful operation of an NGO as well as the claims circulating in the media of alleged fraudulent activities are being used as a deliberate attempt to discredit Mr. Trapence and other human rights defenders, to squash ongoing protests of the presidential elections, and to justify efforts by the Malawian authorities to constrain civil society and their ability to operate and advocate for human rights.

Mr. Trapence is a respected human rights defender working in Malawi, regionally and globally to advance access to HIV treatment, prevention and care for key populations. As a leader of the HRDC he has joined thousands of Malawians challenging recent reports of electoral fraud.

We join others in Malawi and around the world who are monitoring this case closely.

We call on the entire United Nations family of organizations and governments to act swiftly and publicly in support of Mr. Trapence and civil society in Malawi. 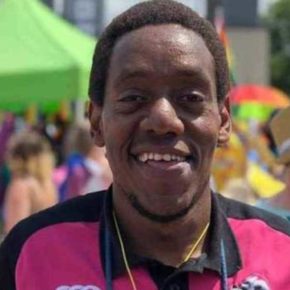