A Zambian trans woman stripped herself naked and walked along a busy public road in protest against mistreatment of transgender people by Zambian society and her family.

Scene from the nude protest by Kanyanta Kakana (Tanaka).

She had returned from a stay in South Africa, during which she began taking female hormones and had breast implant surgery as part of her transition from her original male body.

On her return to Zambia with her changed body, “her guardians placed her [at the hospital], suspecting that she has had a mental breakdown.” she reportedly stated. 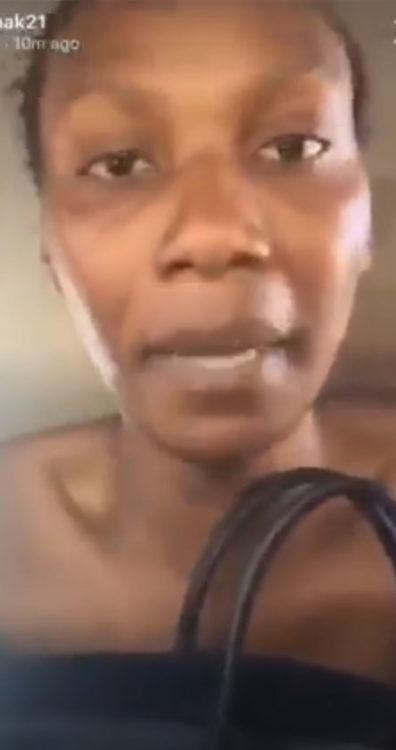 Tanaka during her protest: “Look at the human rights discrimination in this country. My own mother is doing this to me.”

At the start of her broadcast, she stated, “They want to put me in jail.”

“Please tune in. There’s a naked girl on Great East Road and it’s me,” she said shortly after displaying both her male genitalia and her breasts.

“Look at the human rights discrimination in this country. My own mother is doing this to me. You are my witnesses.”

Because Zambia can be a dangerous place for LGBTI people or because she was apprehended, Tanaka promptly disappeared from public view after the protest, so she is not yet available to answer questions about it.

She served as an alternate co-chair of the board of the LGBTI rights organization Pan-Africa ILGA from 2016 to 2018.

According to Zambia Watchdog, the protest was “to raise gay awareness.”

The publication stated, “Tanaka says she wants people to understand her condition and that of others who usually commit suicide as no one understand the situation and they have to live life of a lie.”

In a 2016 interview, she spoke about Zambians’ misunderstandings about trans people, including “thinking there’s absolutely no way that a trans person can exist in Zambia. Which is obviously not true, and a very sad and ignorant misconception.”

According to the news site Mwebantu, police are investigating the incident.

That would be a waste of time, says human rights researcher, Episcopal priest and Zambian native the Rev. Kapya Kaoma.

Protesting naked is a Zambian tradition, he says, citing women’s nude protest against the government in the 1990s.

In happier times, Tanaka poses for the camera. 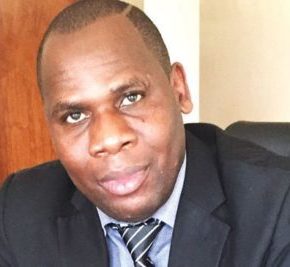