A new organization of legal experts has joined the fight for human rights in Cameroon.

A group of young lawyers and courtroom professionals has founded Defenders Without Borders (Défenseurs Sans Frontières, or DSF), a human rights organization working on behalf of vulnerable Cameroonian citizens, including young women, gay men and lesbians.

It also helps victims of discrimination and torture, people subject to arbitrary arrest, and detainees who lack legal and judicial support. Through education and advocacy, DSF aims reduce the frequency of violence and human rights violations against vulnerable people in Cameroonian society.

Another of its goals is the reduction of unemployment and illiteracy in the LGBTI community. Stephane Aboa, executive coordinator of DSF, says that goal also addresses the problem of LGBTI people forced to turn to prostitution to survive.

Officially recognized in November 2018, DSF began operation in January. Its official registration had been delayed for more than a year by Cameroonian authorities who were hypersensitive about the nation’s human rights situation because of the so-called Anglophone crisis in the north and southwest of Cameroon.

Within its first three months, DSF responded to four rapes and, in one case relocated one of the victims to a reception center for further medical and legal assistance.

In February, DSF presented a sexual violence prevention workshop for about 75 children and a dozen adults at the Bastos Education Center in Yaoundé. The event included:

“We intend to work with all individuals and other associations that share our approach.

“Together, we can overcome homophobia through an intellectual approach, appropriate behavior and collaborators and intellectual partners, with ideas and proposals to evolve together towards a more intellectual world without violence or discrimination.”

Defenders Without Borders is a non-profit, apolitical, non-denominational and voluntary association. It is open to people without regard to race, creed, ethnic origin, sex, sexual orientation, gender identity, serological status, political opinion or disability. It is based in Yaoundé. 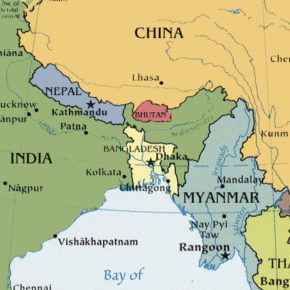