In Botswana, LGBTI activist group Legabibo condemned the brutal anti-trans attack on a transgender woman who was publicly beaten while onlookers laughed and made derogatory comments.

According to Mamba Online and the Equal Eyes news summaries compiled by UNAIDS:

A video of the attack in early November outside a Gabarone nightclub has been shared widely online. Legabibo said the violence was an example of the “wrong perception” that violating an individual is equivalent to “defending social norms”:

“We wish to emphasize that humiliating a human being whether in public or private is not good behavior, it’s not BOTHO [socially conscious and responsible], it’s not GODLY, it’s not CULTURAL and it’s definitely ILLEGAL!”

“The perpetrators are illuminating the most intimate parts of her body, in addition to beating, slapping, kicking, verbally attacking and filming the incident,” said the organisation. “All the while people are looking on, laughing and making derogatory comments. To add insult to injury, the video has been posted on social media to further humiliate her.”

Legabibo called on the authorities to take action against the perpetrators and for the public to stop sharing the video. It also urged cultural and religious leaders to speak out against violence directed at trans-identifying individuals, and for security guards to protect the public.

Courts in Botswana have affirmed the equal rights of transgender people. In two separate landmark cases, in September and December 2017, they ordered the government to fully recognise the gender identity of transgender individuals. 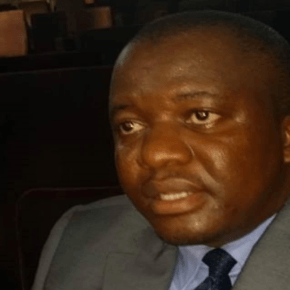