Campaigns to overturn anti-gay laws, “corrective rape,” human rights violations, a courageous filmmaker —  all those and more below.

Reuters – Parties involved in a court case seeking to decriminalize gay sex in Kenya will be allowed to make submissions based on a recent decision by India’s top court to overturn a ban on gay sex, a Kenyan court said on Thursday.

India’s top court on Sept. 6 scrapped a colonial-era law that punished gay sex with up to 10 years in jail, raising hopes among activists worldwide, including in Africa, for similar reforms elsewhere.

The constitutional division of Kenya’s High Court will hear submissions from both parties on Oct. 25 on the relevance of India’s decision to Kenya, given that both countries have shared the law – dating back to the days of British colonial rule – that criminalizes “sexual acts against the order of nature”.

SINGAPORE – The group behind the latest attempt to repeal Section 377A [gay-sex ban] has urged the public to contact their MPs, marking the first time the LGBT movement has asked its supporters to engage with politicians on a large scale. …

Is Singapore ready to follow India out of the legal closet?

Legal, business and academic figures are backing a movement seeking to overturn a colonial-era law that criminalises homosexual intercourse, just weeks after a similar move prompted scenes of joy in New Delhi.

Filmmaker Aims to Show LGBT+ People are ‘Not Alone’ 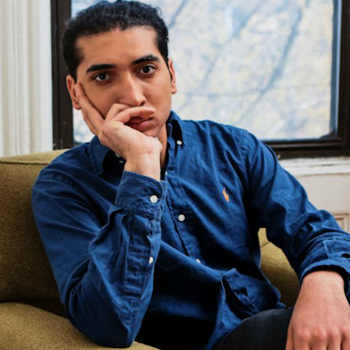 Reuters – The director of a new Egyptian movie about a secretly gay man preparing to marry a woman has said he wanted to let LGBT+ people in the Middle East know they are “not alone”. Sam Abbas, who also plays the lead character Rami, said the secrecy depicted in “The Wedding” was a daily reality for gay people in the region who had to keep their sexuality hidden. “The film to me, more than anything, is about repression and alienation,” Abbas told the Thomson Reuters Foundation in emailed statements.  “The Middle East, especially Egypt, is not LGBTQ friendly, so hopefully it will show individuals of the community that they are not alone.”

A regressive 19th century law, that is a legacy of British rule, continues to exist in ten of the 12 independent Commonwealth Caribbean states. The law, inspired by the 1553 Buggery Act in England, was imposed on all British colonies by the colonial government in Britain in 1861.  It effectively outlawed homosexuality.

The Bahamas and Belize are the two independent Commonwealth Caribbean countries which have done away with this archaic law, which, it should be emphasized, was not enacted by Caribbean legislators. …

U.S. to partners of U.N. LGBTQ staff: Get married, or get out

The U.S. State Dept. says it won’t issue visas for the same-sex partners of U.N. workers unless they’re married. But most countries do not allow same-sex marriage.

The State Department on Monday began imposing a new policy that restricts visas for the same-sex partners of staff of U.S.-based international organizations, such as the United Nations, the World Bank and the International Monetary Fund.

The policy, announced earlier this year, ends a policy spearheaded by then-Secretary of State Hillary Clinton that allowed these same-sex partners to obtain a spousal visa, also known as the G-4 visa. Now, according to the new policy, the United States will issue a G-4 visa to a partner only if the couple is legally married.

Lesbian ‘witches’ chained and raped by families in Cameroon

Thomson Reuters Foundation — … Viviane was chained to the wall and violently raped by a man who her family forced her to marry after discovering that she was a lesbian.

Thanks to Alturi.com and Rex Wockner via “Int’l LGBTQI news” for pointing out many of these news items.

Tally of nations with anti-homosexuality laws drops to 70