A wave of politically motivated anti-gay arrests is under way in Senegal.

The latest LGBT people arrested were two women and two men,  detained in Dakar, the capital of Senegal, for “acts against the order of nature.” According to reports, videos portraying the couples having sex had begun circulating in their neighborhood.

The arrest came shortly after the conviction in early September of a local chef, Cheikh Abdel Kalifa Karaboué, for drugging and raping a male co-worker. He was sentenced to four years in prison for rape and sexual acts “against nature.”

Senegal President Macky Sall is up for re-election next year.

The LGBT rights group Arc en Ciel Senegal said that the regime is building its defenses against potential accusations of being “pro-homosexual.”

“The hunt for sexual minorities begins,” wrote Arc en Ciel Senegal, “because the government is preparing to answer those who call them ‘pro-homosexual’ as was the case in the 2016 referendum.”

The group added, “Young people really need training and support to deal with these threats.”

“As the elections in Senegal approach, parties are making their stand against the LGBTIQ+ community by arresting members of the community. The Senegalese candidates and government need to be held accountable for their homophobic stance and the human rights violations being perpetrated as a platform for election. We stand in solidarity with our Senegalese comrades.” 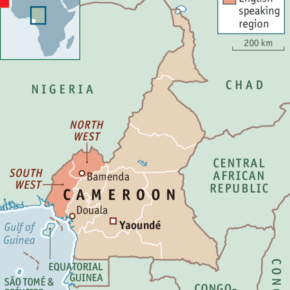