Kevin Mwachiro was overcome with emotion hours before the Gay Games Opening Ceremony. Walking into the registration hall, he and his fellow Kenyan runner, Kelvin Washiko, came upon a wall created by Paris 2018 organizers that listed the names of every single Gay Games athlete competing in Paris [that] week.

Mwachiro had overcome much to reach the Gay Games. A battle with cancer. Unwelcoming attitudes from the Nairobi government. A sports world in Kenya he never felt he could be a part of.

When he found his name on that wall, along with the other 10,000 Gay Games 2018 competitors, tears welled in his eyes.

“I had now became part of a sporting community,” he said.

For these two men, like so many of the other competitors across Paris …, the Gay Games mean much more than some races and competitions. Certainly, the two men are competing. Mwachiro, who has been running for “as long as I can remember,” is running on the track, in both the 200-meter and 5,000-meter runs. Washiko, newer to running, ran the 10k. …

Yet maybe more importantly, Mwachiro and Washiko are in Paris to meet LGBTQ people from around the world and learn how they can utilize sports to build bridges in Kenya, where sex between two men or two women remains punishable by 14 years in prison.

Gay life in Kenya is already years ahead of other places, like Uganda. The men paint a patchwork picture of gay life in Nairobi. While some in the West may paint all of Africa with the same anti-gay brush, that isn’t the case in Kenya’s capital. There the community is able to host gay-themed parties, and there is even a film festival.

“The gay environment is much more accepting and tolerant,” Washiko said. “But at the same time you find people who are very ignorant, people who don’t understand the law, people who use the law they don’t understand to oppress you in terms of maybe the police will arrest you, maybe a landlord wouldn’t rent you a house because he doesn’t accept gay people. There are evictions. Some people will deny you services because you’re gay.”

While parties and film festivals are popping up, the government does exercise anti-LGBTQ policies in ways beyond just criminalizing sex. Two LGBTQ-themed Kenyan movies — Rafiki and Stories Of Our Lives — have been outright banned in Kenya in recent years.

Mwachiro, who has been publicly out for about a dozen years, said he has seen positive change in that time.

“I never thought I would see us being able to have film festivals, having parties, get recognition from the health ministry where gay people are recognized in the national AIDS policy,” Mwachiro said. “We get lube. Some countries don’t get lube. We’ve created films, we’ve written books, we’ve had exhibitions, and hopefully we are on the cusp of seeing an old colonial law being thrown out.”

That old colonial law, which criminalizes sex between people of the same sex, has been challenged in federal court. It is one of the bases for the anti-gay rhetoric and practices across Africa. The British Empire brought laws banning same-sex sexual activity — even providing for the death sentence — that remain the law of the land across much of Africa today.

Earlier this summer, the British High Commission in Nairobi held an LGBTQ Pride event in their office, upsetting some of the LGBTQ locals who have been persecuted by the very laws the British brought upon them.

“People were like, hello, these were your laws that we inherited, and you’re having a pride celebration within the comfort of your diplomatic space? That’s not right,” Mwachiro said. “There’s something wrong with that picture. It’s not fair.”

Both of the men have dedicated their lives to improving societal acceptance of LGBTI people. Mwachiro uses his background in media to produce a podcast — Nipe Story — which features audigo versions of short stories from across Kenya and parts of Africa. He weaves LGBTI stories into the mix. He also wrote a book in 2014 — Invisible: Stories from Kenya’s Queer Community — to bring more stories out of the shadows. He also keeps a blog on Medium.

Washiko is a coordinator with Gay Kenya Trust, a human rights, media and religious advocacy group based in Nairobi. They have produced books, they publish a newsletter, they conduct trainings on human rights, and a whole host of other activities.

It was in the hope of helping improve the environment in Kenya that the Front Runners — an international LGBTQ running organization — teamed up with the Federation of Gay Games and Paris 2018 to create a scholarship and provide guidance that would bring the two men to Paris for the Games.

Richard Ervais, who runs with the San Francisco chapter of FrontRunners, said the organization created a GoFundMe page that quickly raised about $4,000 to cover travel and other costs for the men. Organizers worked with the French government to secure visas for Mwachiro and Washiko, and the two men were able to make the almost two-week trip.

While Mwachiro had lived in England for a time — even working at one point as a BBC correspondent — Washiko had never been outside Africa.

“I’ve never been to an event like this before.” Washiko said, “And I’m so grateful. I’m a little bit overwhelmed. It’s something out of my comfort zone, but I’m happy.”

After being in Paris for over a week, and interacting with LGBTQ athletes from around the world across sports disciplines, both of the men see an opportunity now to utilize the power of sports to the advantage of the Kenyan LGBTI community.

“In Africa we haven’t really used sports to be inclusive, and give the LGBTI community in Kenya the opportunity to express themselves through sport,” Mwachiro said. “I think it’s also a way to get mainstream society on board as well, through competition, through having physical activity together. We are a sporting nation, and this is another opportunity the LGBTI community can capitalize on building bridges in Kenya.”

There is already a gay netball team in Nairobi. While it might have seemed at times like a passing fancy before, now headed home from the Gay Games these two men are increasingly committed to building more opportunities like this in their home country.

You can find Kelvin Washiko on Facebook, and at Gay Kenya Trust. 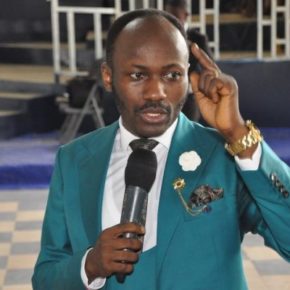 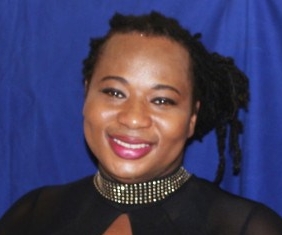